If you use Verrus, who is a company that partners with parking authorities across Canada to allow users to pay for parking via phone instead of at the meter, you will be really happy with their latest update!

Verrus has now created a smartphone optimized mobile site that enables users to log in to their account, and associated parking lot number, to pay for parking! While the phone process was not inconvenient, it is great to have an additional method to access your account. Note that you must have a data plan from your wireless carrier to access the Internet.

Once on the mobile site, users can do the following:

In Vancouver, I use Verrus all the time with EasyPark. The only thing missing now is the official iPhone App! 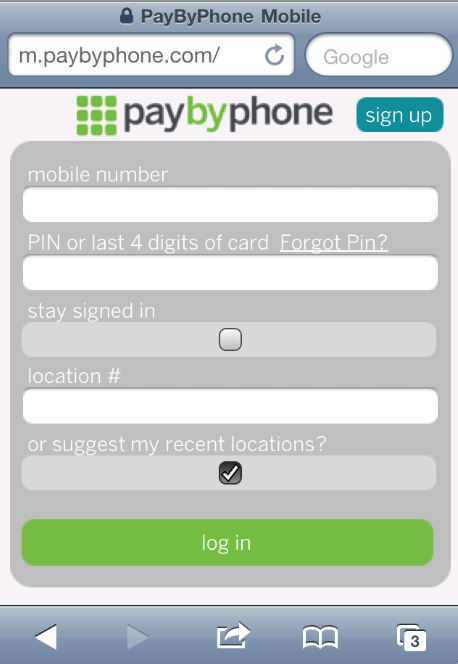