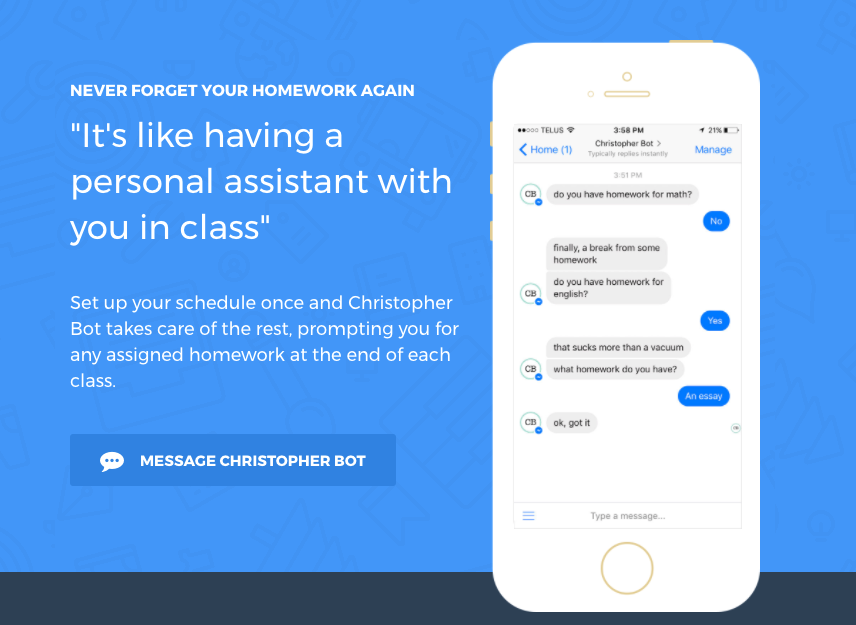 Alec Jones, a 14-year-old boy from Victoria, is getting international attention about an app that he created to keep him on track with his homework.

The app is called “Christopher Bot” and was designed to be a student’s modern day agenda and task book. The chatbot is based on Facebook Messenger’s platform and it provides the user with a summary of what needs to be done before its due. 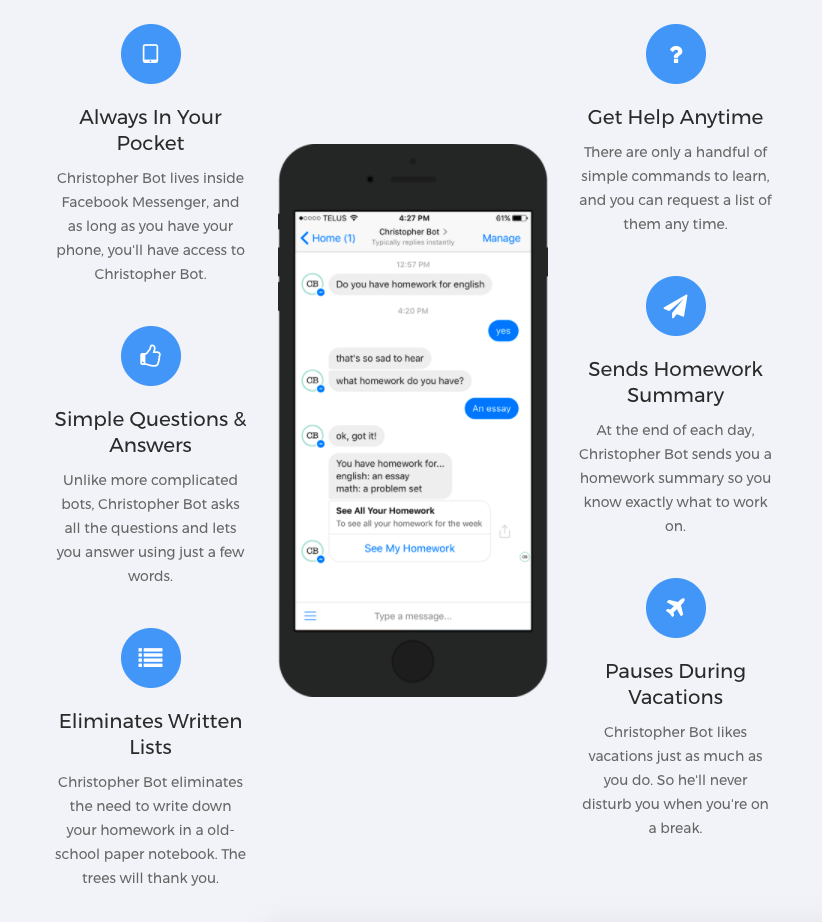 All a user has to do is sign up and input their class schedule. The bot will then send the student a text after each class asking if any homework was assigned. Jones designed the app to act like a friend does and speak to you in the same way a friend would.

“It acts like a friend does so it always says ‘it sucks you have homework.’”

The student’s former teacher said that he was successful in building this chatbot within 6 months because he excels when he works on his own. Jones has spent a lot of time after school learning programming languages and working on his own projects.

Tonight, The Game Awards 2022 is being held in Los Angeles at the Microsoft Theatre. Thankfully, for those of us at home around the globe, host Geoff Keighley will be live streaming the event across many platforms. Each year, The Game Awards celebrates the last 12 months of gaming. Showing recognition to the hard-working developers...
Steve Vegvari
40 mins ago

The annual Reddit Recap is here and for 2022 and the most popular posts, communities and more on the site have been revealed, with data for Canada available as well. “With more than 100,000 active communities from around the world across Reddit, there are a lot of conversations happening in any given moment. So we […]
Gary Ng
40 mins ago

Celebrating the 10-year anniversary of The Hobbit: An Unexpected Journey, Airbnb is offering overnight stays at the iconic Hobbiton Movie Set in New Zealand. The Hobbiton set has become an illustrious destination for those travelling to New Zealand. Airbnb is kicking off its exclusive offer this month, which should satiate fans of J. R. R....
Steve Vegvari
52 mins ago