We’ve heard previous stories from parents about their kids being able to bypass Face ID on iPhone X, and now we have one from Victoria, B.C.

According to CTV News, Oak Bay resident Shannon Paul says she was shocked when her daughter was able to unlock her iPhone X and bypass Face ID. 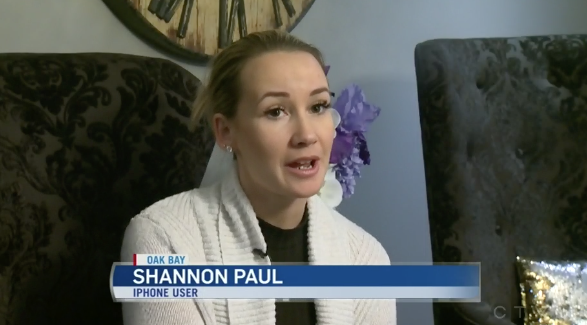 “I got this iPhone X for security because my kids are always taking my phone and trying to use it,” she told CTV News, adding “Every angle for her worked. My other daughter who’s 12 tried it and it didn’t work for her, but it worked for my 13-year-old daughter.”

Paul posted a video to Facebook of her daughter unlocking her iPhone X with Face ID on Wednesday. After mentioning the story to CTV, she says the station came over to interview her.

After the alleged security bypass, Paul told CTV News she’s going back to using a passcode. She added “You might have your credit cards on your phone, especially with teenagers getting on your phone, you don’t want them getting online and buying stuff.”

According to Apple, Face ID has odds of 1 in a 1,000,000 of a random person unlocking your iPhone X, versus 1 in 50,000 for Touch ID. But this probability changes, says Apple, when it comes to twins and children under 13 years old:

The statistical probability is different for twins and siblings that look like you and among children under the age of 13, because their distinct facial features may not have fully developed. If you’re concerned about this, we recommend using a passcode to authenticate.

With Face ID on iPhone X, the security feature learns your facial features over time. When a user attempts to unlock the device and Face ID fails, and the correct passcode is entered, the feature ‘learns’ your face over time. If Paul’s daughter knew her passcode, it’s possible Face ID could have ‘saved’ and learned the latter’s face over time.

The video posted by Paul to Facebook shows her daughter unlocking her iPhone X. But it doesn’t clearly show Paul unlocking the phone, then her daughter immediately afterwards, as we’ve seen in previous stories. The CTV News story also did not show both women being able to unlock the iPhone X either.

Any parents out there worried about their younger children able to unlock their iPhone X with Face ID?