Update: Looks like Apple TV does in fact have iOS 4.2.1. If you click the select button a few times on your Apple TV remote, it’ll show in the About screen. 4.1 is the firmware version, but 4.2.1 is the iOS version. Man, talk about confusing. Thanks to Andrez1 for the tip! 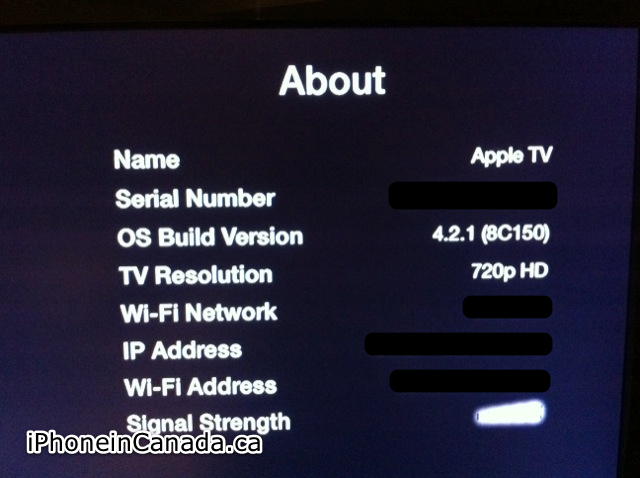 With the release of iOS 4.2 for the iPhone, iPad, and iPod touch, Apple TV also got an update to 4.1 firmware. This latest firmware has the following new features:

Here are instructions on how to update your 2nd generation Apple TV to 4.1 firmware (via Apple):

To update your Apple TV to the current software version:


During the update process, your Apple TV may restart, then display one or two Apple logos and status bars, depending on which Apple TV you have. On Apple TV (1st generation), after the final restart your Apple TV will play the opening video and return to the main menu.

I just updated my Apple TV to 4.1 and it took just under 10 minutes. It did exhibit a couple restarts and status bars as mentioned above. I will have a video coming to show the entire process shortly.

Update: Here’s the video of the update from start to end:

How did you update go? Next up, AirPlay!