Apple has introduced tons of new features and updates in iOS 16 and iPadOS 16 that improve the overall experience of using an iPhone or an iPad, one of which is the ability to finally view the password for the WiFi network you are connected to (via MacRumors). 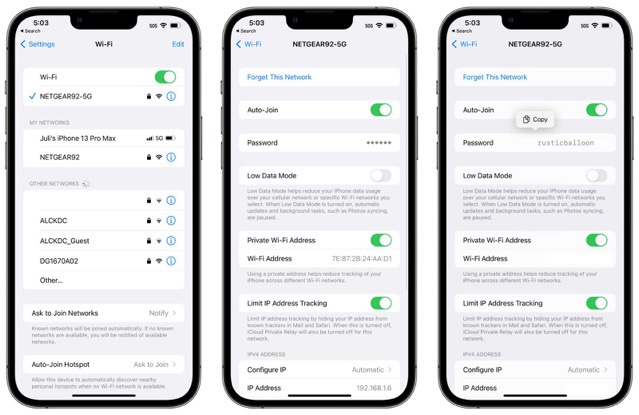 Starting with iOS 16, you can see the saved WiFi network password on your device. All you need to do is open up the WiFi section of the Settings app and then tap on the network you are connected to, there’s a new ‘Password’ option (as shown above).

Once you tap the Password option, it reveals the password following authentication with Face ID, Touch ID, or a passcode.

Previously, the only way to share your WiFi network password with a friend or family member was by using the ‘Share Password’ feature, which only worked with Apple devices trying to connect to the same network.

Using this new feature, you can easily share the WiFi password of your connected network with non-Apple device users too.