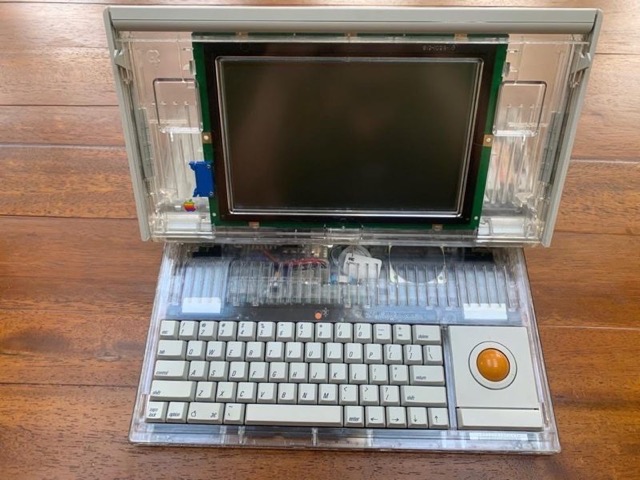 Sonny Dickson has shared some new photos of a restored Macintosh Portable M5120, showing a prototype machine made from a clear plastic material (via MacRumors). The vintage Macintosh was originally sold in beige colour in the late 1980s and was priced at US $7,300.

It’s always interesting to get a look back at Apple’s past, especially when it comes to prototype devices that were never actually released to the public.

Unlike the launch version of the Macintosh Portable, this model is a prototype made from a clear plastic material. It’s been restored and it is one of only six that are known to exist.

The Macintosh Portable was also the first Mac powered by a battery. Interestingly, the machine weighed a massive 16 pounds despite being a portable device. Nonetheless, the device was still easier to move around as compared to the standard computers of that time. 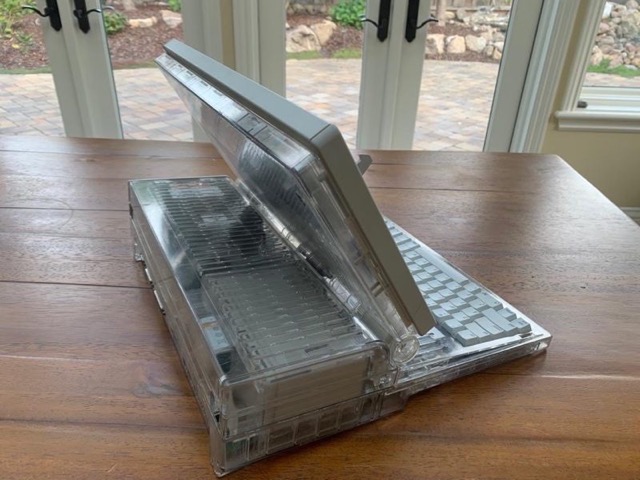 Sporting a hinged design, the Macintosh Portable prototype does not have any screws as it was designed to be taken apart with just the hands. It sports a 9.8” black and white active-matrix LCD display, 9MB SRAM, a 1.44MB floppy disk drive, a typewriter-style keyboard, and a trackball.

Check out the photos below and share your thoughts with us in the comments section. 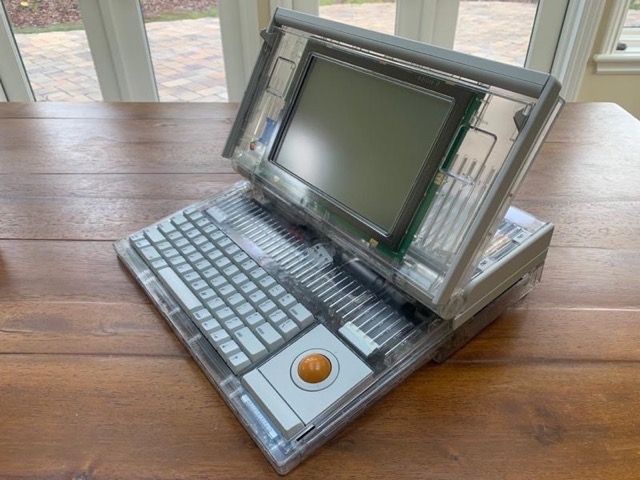 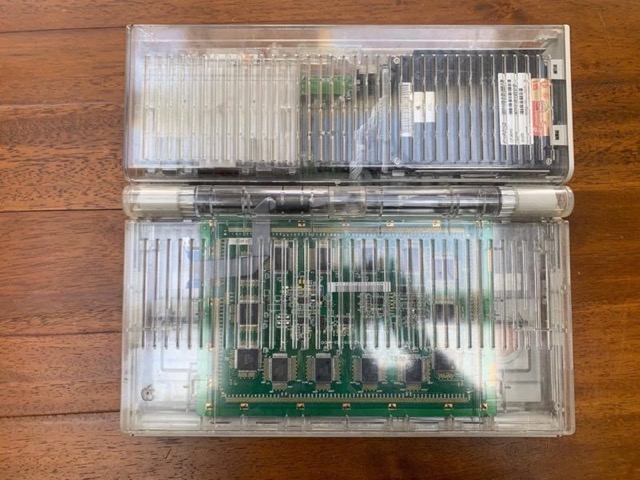 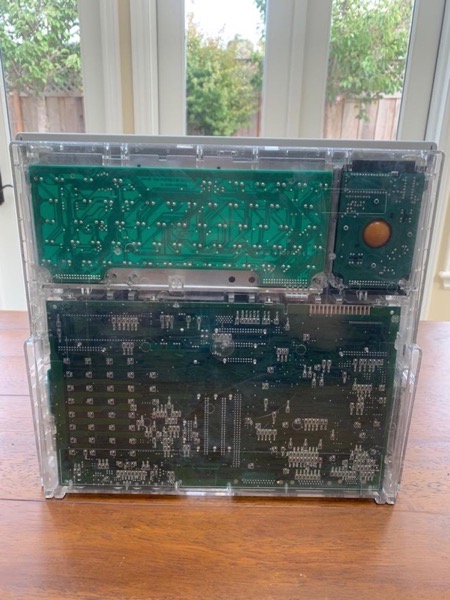 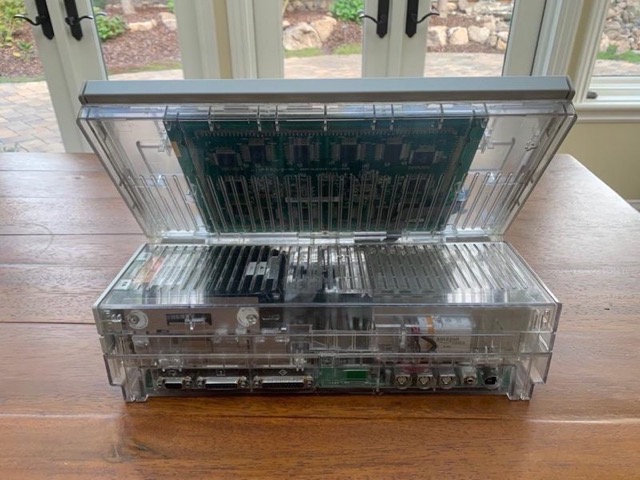