Virgin Confirms They Will Sell iPhone 4

In a move that is not surprising at all, Virgin Mobile has announced on their website that they will also be selling the iPhone 4 when it launches in Canada. Why is this not surprising? Because Virgin Mobile Canada is a subsidiary of Bell Mobility. Following suit of other carriers, no exact pricing or release date details were announced.

Rogers, and their “low cost brand” Fido have already announced they will carry the iPhone 4, along with Telus. Given that all of the major carriers will be launching the next iPhone, it is no surprise their smaller “no frills” brands will carry them too.

All we need to do now is wait for the iPhone 4 to come to Canada. The ‘Big 3’ have mentioned “coming weeks” in their press releases, which can be interpreted as mid or late July. If this schedule holds true, possible launch dates include either July 23rd or 30th, which would be approximately one month after the June 24th USA launch. 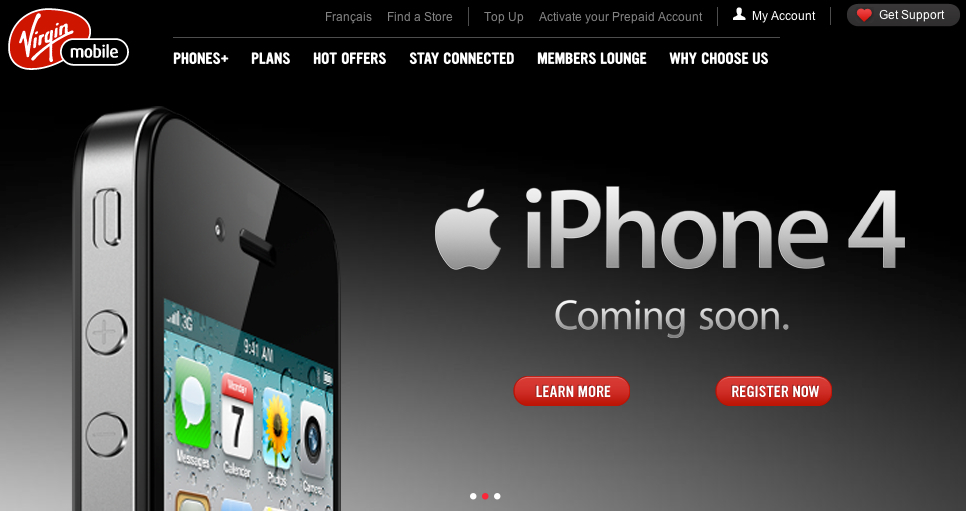 Today, our friends in the USA get to pre-order the iPhone 4. Anybody out there going to get an “Amerifriend” to pre-order one today?

If you’re looking for the best AirPods 2 deal for Black Friday, it’s available from Bell Canada (of all places). Yes, that’s right, Bell is selling Apple AirPods 2 for $99.98 on its website, which is far below the $129 Black Friday deal pricing we’re seeing on Amazon.ca and Walmart. As of writing, Bell is […]
IIC Deals
11 hours ago