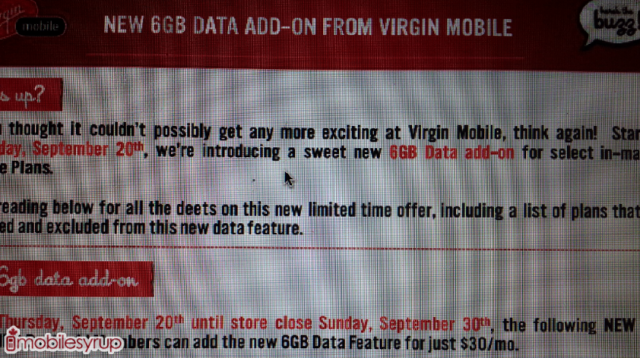 With the iPhone hitting the market officially tomorrow, what mobile plan do you have in mind? If you’re a Virgin Mobile user, feast your eyes on their new limited-edition 6 GB add-on plan for $30 monthly.

New and existing postpaid customers who are part of the 20 “choice plans,” not including the “Awesome 40” and “All-in-One” plans are eligible for the deal. It runs from now until September 30th, so grab it quick!

Virgin Mobile also has another special deal they are offering on the market called the “Smartphone 73 – 6 GB” plan. It ends on September 30th also, so hurry!

Does this deal sound good or what?

Bell Canada today announced its unaudited financial results for the fourth quarter and full year ended December 31, 2022. For its wireless business, Bell reported $2.666 billion in operating revenue for Q4, an increase of 7.7% year-over-year. The company also beat its Q3 2022 wireless revenue of $2.466 billion. For 2022 as a whole, Bell...
Nehal Malik
20 hours ago