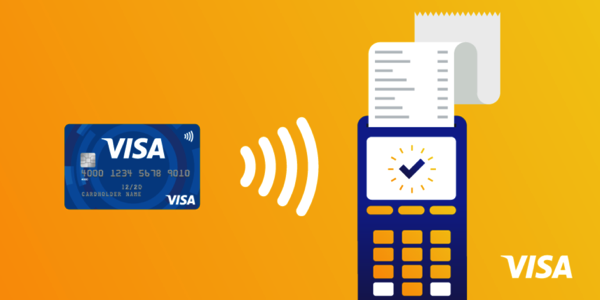 As consumers have become more comfortable using contactless for their “everyday spending”, the average transaction values have crept up 12% from €12.29 last April to €13.83 today.

Firstly, appetite has grown among Europe’s largest merchants. This is especially the case with supermarkets. Carrefour, Lidl, Tesco and Poland’s Biedronka have all introduced or scaled up contactless in their stores. Secondly, public transport. Transport for London’s (TfL) adoption of contactless continues to be a huge success story, having passed 400m contactless journeys in less than 20 months.

According to Visa, over 1 million contactless journeys are made every weekday on TfL services. Similar to supermarkets, riding on public transport is a regular occurrence, helping contactless usage become ingrained and creating a halo affect that encourages contactless usage in other venues.

Furthermore, the growing adoption of mobile NFC payments, especially Apple Pay which launched in Europe last year, has significantly boosted the number of contactless transactions. Currently, 31 European banks in 8 countries have introduced cloud-based mobile payment solutions for their customers or have programmes in development.

The display technology experts over at DisplayMate have crowned the iPhone 14 Pro Max's screen the best to ever grace a smartphone, giving it their highest-ever A+ rating and "Best Smartphone Display Award." DisplayMate is one of the world's leading authorities on display technology. The corporation's reviews and reports are based on comprehensive, objective laboratory tests...
Nehal Malik
41 mins ago