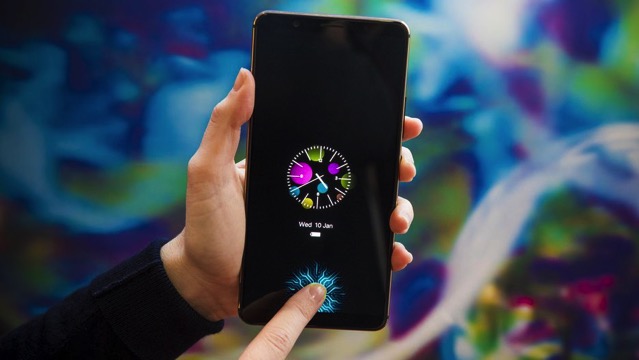 In-display fingerprint scanner, a technology that was rumoured to be introduced with the Samsung Galaxy S8 or the iPhone X for a very long time, has finally been debuted by Chinese phone maker Vivo in a pre-production model, which has not yet been officially announced for release. As tested by CNET, the technology works flawlessly and could well become one of 2018’s biggest phone trends.

Using the world’s first phone with a fingerprint scanner built into the display was as awesome as I hoped it would be.

There’s no home button breaking up your screen space, and no fumbling for a reader on the phone’s back. I simply pressed my index finger on the phone screen in the place where the home button would be. The screen registered my digit, then spun up a spiderweb of blue light in a pattern that instantly brings computer circuits to mind. I was in.

The fingerprint sensor, which is made by sensor company Synaptics, is embedded underneath the 6-inch OLED display. When your fingertip hits the target, the sensor array turns on the display to light your finger, and only your finger. The image of your print makes its way to an optical image sensor beneath the display and is then run through an AI processor for authentication. 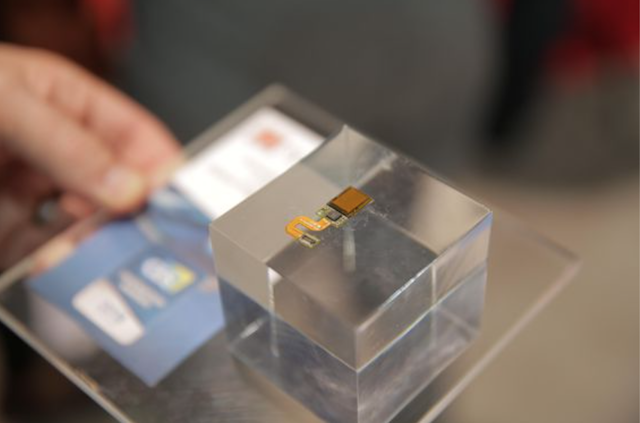 According to Synaptics, the in-display fingerprint reader will not drain any more battery by illuminating your finger than the regular fingerprint scanners. However, since the new technology costs more to make, it’ll hit premium phones first before eventually making its way down the spectrum.