The company says it is debuting more Quantum Color models while also unveiling its first OLED TV in 2020, all using its SmartCast 4.0 software and also its new Voice Remote.

“Our mission has always been to make cutting-edge picture quality and a best-in-class smart TV user experience attainable for everyone,” said Bill Baxter, Chief Technology Officer, VIZIO, in a press release. “We’re excited with the performance improvements that our new IQ video processors and ProGaming Engine bring to our 2020 lineup, especially when combined with VIZIO TVs that offer the highest performance Quantum Color and peak brightness in the industry. Plus, utilizing the new processing power to optimize the strengths of OLED picture quality proves that VIZIO’s leadership in the TV industry has never been stronger.”

VIZIO plans to also unveil new 55 and 65-inch OLED TVs for the first time, powered by the company’s IQ Ultra processor for “unparalleled color, contrast, and clarity,” to go with its borderless 4mm thin display. The panel within VIZIO’s OLED TV panels will most likely be made by LG, similar to OLED panels found in Sony OLED televisions.

You can check out a summary of VIZIO’s 2020 SmartCast TV lineup below: 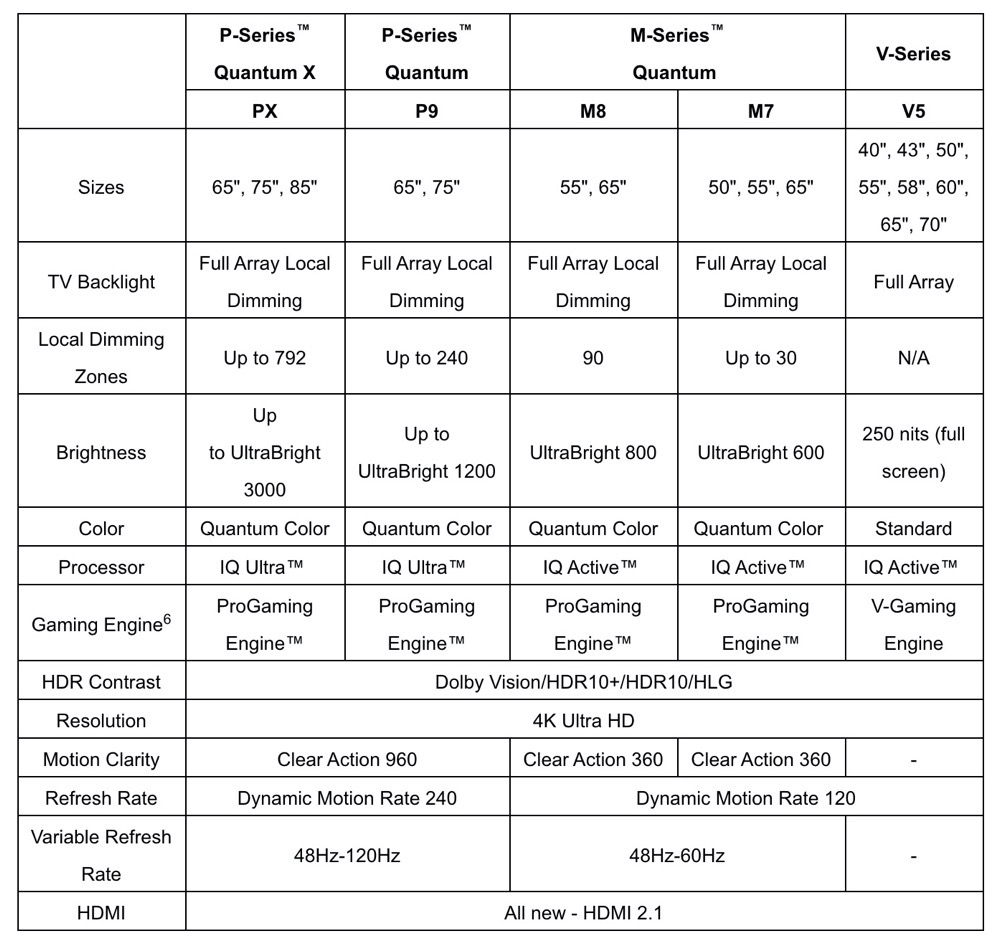 VIZIO SmartCast televisions support Apple’s HomeKit and AirPlay 2 protocol, along with Amazon Alexa and Google Assistant. No prices have been announced but expect them to be unveiled later this year.