VIZIO has today announced the launch of its 2019 4K HDR smart TV collection, equipped with the company’s acclaimed smart TV experience, the VIZIO SmartCast 3.0. As noted by 9to5Mac, all the new models will also be getting AirPlay 2 and HomeKit support this summer. 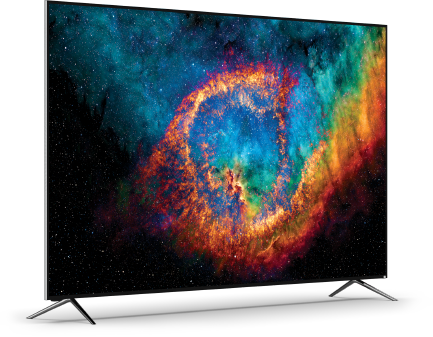 In the middle are the M-series models, followed by the more affordable V-series:

Ranging from the 43- to 65-inch class size, M-Series offers an Active Full Array backlight with up to 90 zones of local dimming, nearly double that of the 2018 M-Series collection, for precise contrast control. The M-Series also features Dolby Vision for ultra-vivid picture quality and offers support for HDR10 and HLG formats as well.

The V-Series 4K HDR Smart TV lineup rounds out the 2019 collection, featuring Dolby Vision support and a robust smart TV experience at a great value. The V-Series offers an Active Full Array backlight with up to 12 zones of local dimming and UltraBright 400 on select models for up to 400 nits of peak brightness.

You can learn more about the new models at VIZIO’s official website.

The operating system (OS) for Apple's long-rumoured mixed reality headset is now reported to be dubbed "xrOS." This naming convention comes following reports that Apple was naming its AR/VR headset OS "RealityOS." In a report from Bloomberg, Apple's new naming convention appears to have come out of nowhere. However, the report goes on to state...
Steve Vegvari
11 mins ago