VMedia Gets Approval to Offer Internet TV Across Canada 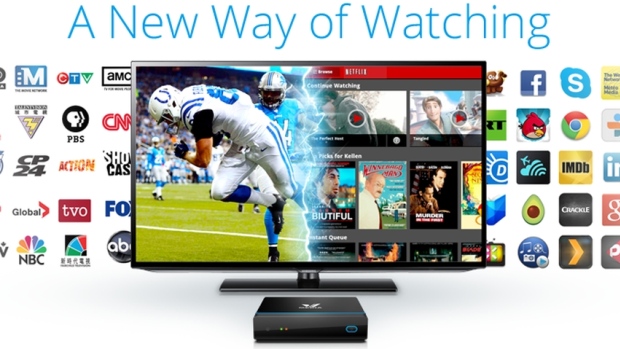 The Canadian Radio-Television and Telecommunications Commission (CRTC) has awarded VMedia four licences to offer their internet-based TV service across Canada.

VMedia currently operates their internet-based TV service in Ontario, however the new licences will allow them to operate their service across Canada. The company is an internet service provider that gives customers access to television signals through a set-top box.

In Ontario, the company offers a basic package of 50 channels starting at $30 per month. Customers have the option to upgrade to a premium package which provides 70 channels for $45 per month.

The packages that the company offers includes all of the major Canadian and U.S. networks, with a selection of specialty channels. The set-top box also provides access to online content such as Netflix and YouTube. The company launched in Ontario two years ago and will be the first ISP to offer TV across Canada as a full alternative to cable.

Now that VMedia has the additional licences, the company could launch its service in the rest of Canada within the next three to six months.