Vogue and Apple: A Love Story of Fashion and Tech

In a comprehensive article at Racked, the unique relationship between two of the world’s most influential brands i.e. Vogue and Apple, has been covered in detail, especially the way both influence their respective spaces of fashion and technology. In fact, the two mega-brands have united this year to produce the annual spring Costume Institute exhibit and its corresponding fundraiser event, the red carpet blowout known as the Met Gala. 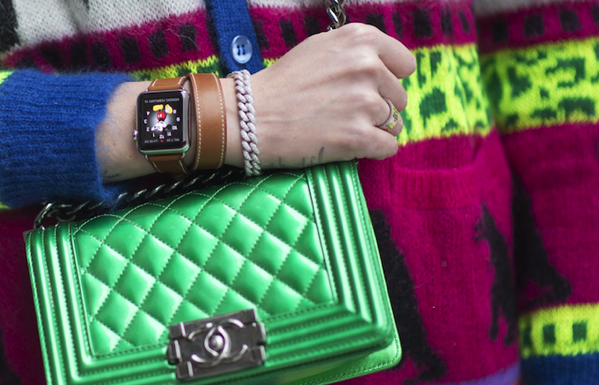 In the article, we learn how the exhibit “Manus x Machina: Fashion in an Age of Technology”, which has been designed by Apple’s Jonathan Ive in collaboration with Vogue Editor-in-Chief Anna Wintour and Met Museum Costume Institute Curator Andrew Bolton, covers the intersection of both industries. The Met Gala has scaled dramatically in recent years, from an industry event to the world’s biggest party filled with the most famous celebrities and prominent fashion designers. This year’s benefit, which takes place Monday, May 2nd, is co-chaired by Taylor Swift, who is the face of both Apple Music and Vogue’s March 2016 issue.

“These two powerhouses have incredible caché, and the theory goes that the presence of one can bolster the other. When Apple sought to position its Watch (its first new product line since the iPad in 2010) as more than just a piece of technology, but rather an accessory and a fashionable one at that, it beelined straight for Vogue. “Manus x Machina” is an extension of this: a splashy cultural event that seeks to make Apple look luxe and sexy, and Vogue connected and in touch”.

To learn more about the hot couple and the marriage of fashion and tech, read the entire article here.