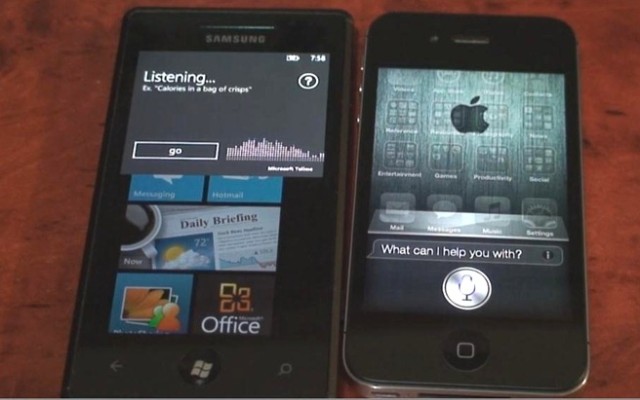 A couple days ago we posted about the comments made by a Microsoft executive that Apple’s voice offering in Siri is ‘nothing special’, and that it comes down to ‘good marketing’:

People are infatuated with Apple announcing it. It’s good marketing, but at least as the technological capability you could argue that Microsoft has had a similar capability in Windows Phones for more than a year, since Windows Phone 7 was introduced.

You can pick ‘em up and say ‘text Eric’ and say what you wanna say and it transcribes it. You can query anything through Bing by just saying the words. I mean, all that’s already there. Fully functional, been there for a year.

TechAu decided to put Siri (still in beta) versus Tellme to a head to head test, to see what service performs better. Watch the video below, and tell me what you think:

Samsung's annual Unpacked event is being held tomorrow, February 1st. Unveiling the latest flagship devices, including the Galaxy S23 series. It's likely that there will also be other surprises to be had. Here's how you can watch the digital live-streamed event and not miss a moment. Each year, Samsung hosts its Unpacked event and reveals...
Steve Vegvari
8 mins ago

Xbox, PlayStation, and Nintendo will reportedly be skipping E3 2023 as the large video game conference returns for an in-person event. Slated to run from June 13th to the 16th at the Los Angeles Convention Center, the three large publishers will not have a presence on the showroom floor, says a report. According to IGN,...
Steve Vegvari
39 mins ago