Apple has today featured the story of a blind US Navy veteran and longboard surfer Scott Leason on its website, who has been using Apple’s VoiceOver technology for past many years to help him navigate his daily tasks. Leason was blinded after seven years of service when a robber’s bullet cost him both his eyes on July 4th, 1993. 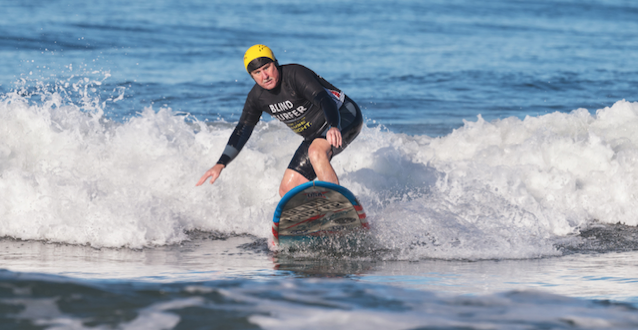 Leason got his first iPhone back in 2012 and received training from Sarah T. Majidzadeh, assistant chief of Blind Rehabilitation at the Tibor Rubin VA Medical Center in Long Beach. He now wears an Apple Watch to track his vigorous workouts at home and in the water, and also owns an iPhone XR.

Though Leason has been working with the Mission Bay Aquatics Center for 10 years, surfing is only a recent endeavor. Center’s instructional Paul Lang has recalled some of the stumbling blocks in the early days they’ve since overcome.

“The first time he got an iPhone and learned how to use VoiceOver, I asked him to show it to me because you just see him tapping the screen and to me it made no sense what he was doing cause it’s just like this flurry of tapping and these words coming out of the phone really really fast,” Lang says. “And when he showed me all the stuff he could do with it, it just blew my mind that he had learned how to interact with it to get all of that out of it. … He’s no different than anybody else. He’s just sitting in the corner over there getting caught up on his phone or listening to music, reading, and sending text messages.”

You can read the inspiring veteran’s full story on Apple’s website at this link.