German car giant Volkswagen is not concerned by any Apple plans for a self-driving vehicle that could include the iPhone maker’s battery technology, its chief executive Herbert Diess said. 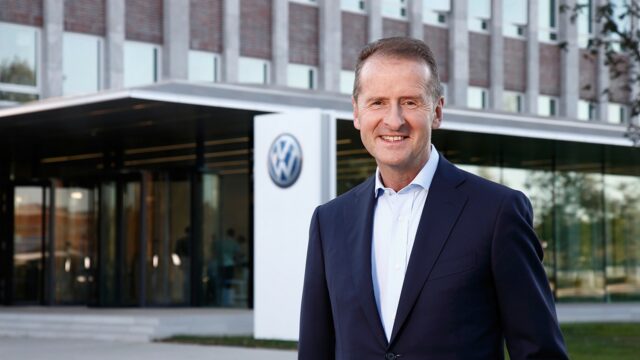 Apple reportedly plans to build a self-driving electric car by 2024, and the tech giant has reportedly held talks with Hyundai, Kia, and Nissan.

According to a Reuters report, Diess says that the differences between the tech sector and the car industry will be enough to cause Apple issues.

“The car industry is not a typical tech-sector that you could take over at a single stroke,” Diess was quoted as saying an interview with Frankfurter Allgemeine Sonntagszeitung. “Apple will not manage that overnight,” he added.

While Apple’s plans are not public, Diess said that Apple’s reported desire to make an electric vehicle were “logical” because the company had expertise in batteries, software, and design, and that it had deep pockets to build on these competencies.

“Still, we are not afraid,” Diess said.

Apple faces numerous hurdles to putting a car into production. In addition to the challenges of making an advanced EV with autonomy, it also has to line up partners if it’s not going to manufacture the cars or components themselves — and Hyundai just said it’s no longer talking to Apple about a team-up. The reported 2024 target is still years away, and any tech that’s revolutionary now could be modest by then.

Volkswagen plans to develop software needed for autonomous cars in-house to ensure it can compete against tech firms in the field of electric car data. The automaker sold 231,600 electric vehicles in 2020 – more than three times as many as in 2019.