While reports of an iPhone 5 launch event taking place on September 12th are most likely going to turn out correct, analyst Shaw Wu from Sterne Agee believes that this new iPhone might not go on sale before October due to some unexpected production problems (via Electronista). Based on supplier checks, the analyst notes that he only expects volume production of iPhones to happen in late September because of some component supply constraints such as the thinner in-cell touchscreen technology Apple is likely to use in the new iPhone. 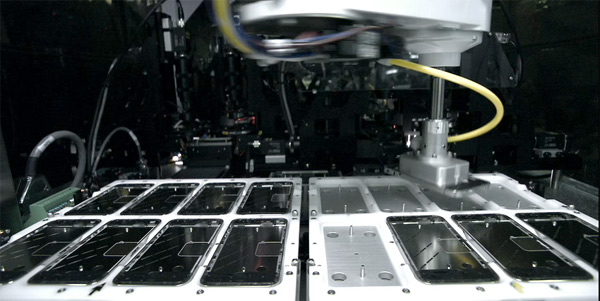 Wu says that his firm is also “picking up progress” on a possible China Mobile iPhone launch by the end of the year, but that it could end up being pushed out to 2013 anyway because of supply constraints. A potential contributor to this is the new, thinner in-cell touchscreen technology Apple is believed to be using, which could create a production bottleneck. “We believe what will likely happen is that iPhone will be capacity constrained due to ‘overwhelming’ demand and some [production] orders will likely ‘spill over’ to the March and June 2013 quarters,” Wu writes.

The analyst further claims that Apple is also looking to incorporate TD-SCDMA 3G technology in future iPhones, a format only used by the world’s largest wireless carrier i.e China Mobile.