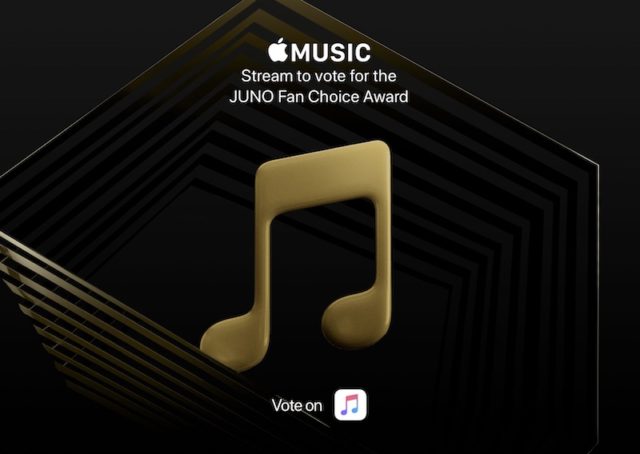 Ahead of the 2019 JUNO Awards next month, Apple Music members can determine who will win this year’s JUNO Fan Choice Award.

There is a maximum of one vote per song per day per Apple Music member. Voting closes at 11:59 p.m. Eastern Time on Friday, March 15. Plays of less than 30 seconds and plays that aren’t through the JUNO Fan Choice playlist will not count as votes.

The 2019 JUNO Awards, honouring Canadian music achievements, will be hosted by 12-time JUNO Award winner Sarah McLachlan at Budweiser Gardens in London, Ontario on Sunday, March 17 at 8 p.m. Eastern Time. The ceremony will air live across Canada on CBC platforms, including online at cbcmusic.ca/junos.

Twitter on Friday confirmed a December 2021 security breach that stole data from more than 5.4 million user accounts using a zero-day exploit — reports BleepingComputer. The hack exploited a vulnerability in the mechanism that Twitter lets users link email addresses and phone numbers to their accounts. Threat actors were able to submit an email...
Nehal Malik
2 hours ago