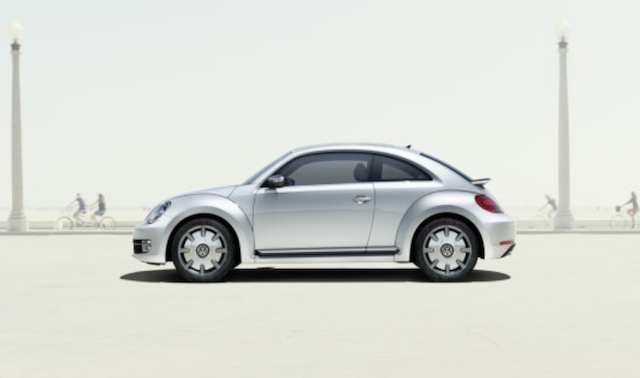 Headed to the Shanghai Motor Show, Volkswagen iBeetle is set to become the car in the world to have a genuine integrative interface for the iPhone that was coordinated with Apple, autoblog is reporting. The iPhone will interface with the Beetle and Beetle Convertible via a specially developed app and a docking station.

According to the press release, Volkswagen offers two different ways to acquire the innovative interface between iPhone and Beetle: as an app or as a standard feature of the new iBeetle and iBeetle Convertible, both of which will be launched at the beginning of 2014. VW has made this dock+app an entire model by including special “Disc” wheels and iPhone-matching colour schemes. 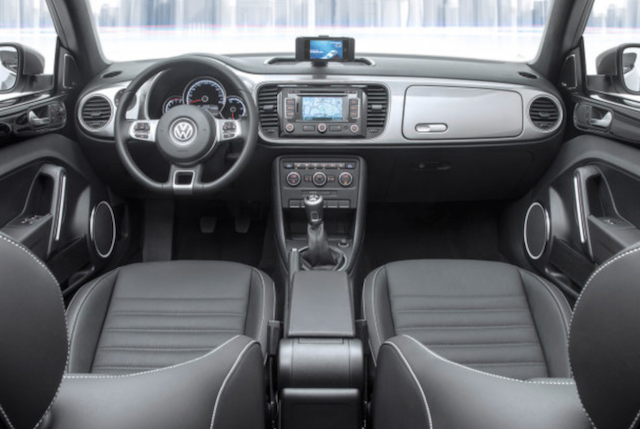 The iBeetle is one of the first cars in the world to have a genuine integrative interface for the iPhone that was coordinated with Apple. As mentioned, the special model will be available as a Coupe and Convertible. The colors and equipment features of the iBeetle are stylistically linked to the Cupertino-based US company, bringing its iconic smartphones into harmony with what is certainly one of the world’s most iconic automotive designs.

The iBeetle, which will be available in early 2014, will come with other customized features in addition to the standard iPhone interface. On the exterior, they include standard features such as 18-inch “Disc” alloy wheels (painted in “Galvano Grey” with chrome wheel covers), door mirror housings and side trim panels (above the sill) in “Galvano Grey”, black door sill plates with the “iBeetle” signature, “iBeetle” chrome badges (on the front fender) and a “Chrome pack” (includes chrome trim strips on the sides). In a nod to the iPhone’s color scheme, the new iBeetle can be ordered in “Candy White”, “Oryx White Mother of Pearl Effect”, “Black Monochrome”, “Deep Black Pearl Effect”, “Platinum Grey”, or “Reflex Silver”.

*Features and technical data apply to models offered in the USA.

The official trailer for the upcoming Apple TV+ original documentary 'Sidney' honouring the life of Hollywood legend Sidney Poitier, has just gone live on YouTube. From producer Oprah Winfrey and directed by Reginald Hudlin, this inspirational documentary honours Poitier and his legacy as an iconic actor, filmmaker, and activist at the center of Hollywood and...
Usman Qureshi
15 mins ago

Airbnb on Tuesday announced the introduction of new anti-party tools in Canada and the U.S. to help prevent unauthorized parties by identifying and declining potentially high-risk reservations. This system looks at factors like history of positive reviews (or lack of positive reviews), length of time the guest has been on Airbnb, length of the trip,...
Nehal Malik
20 mins ago

Computer security researcher Michael Horowitz has today revealed on his blog that iOS devices do not fully route all network traffic through VPNs, a potential security issue Apple has known about for years (via ArsTechnica). Horowitz notes that while all third-party VPN apps seem to provide the device with a new IP address, DNS servers, and a...
Usman Qureshi
41 mins ago