The Wall Street Journal’s Geoffrey A. Fowler has published his review of Apple’s powerful new iPhone SE today, and he seems to be mighty impressed with the new 4-inch iPhone as he believes that it has the size and battery performance that many have been waiting for. “After years of the “phablet,” the small phone is back with a vengeance”, writes Fowler, adding that it’s as if Apple has transplanted new brains into old iPhone 5s bodies. 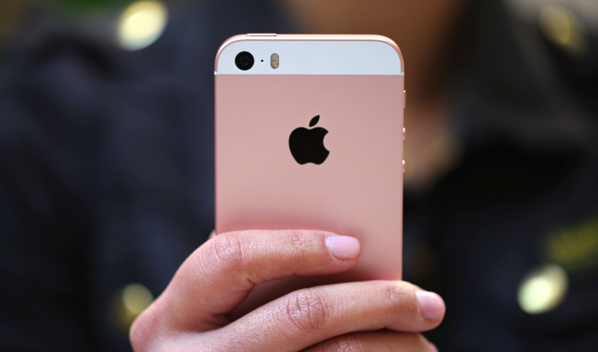 Below are some excerpts from his review:

The standout news is battery life. Unlike many other recent Apple products, the iPhone SE’s is a significant improvement over its predecessors’. In my lab stress test, which cycles through websites with uniform screen brightness, the SE lasted 10 hours—more than two hours longer than both the iPhone 6s and iPhone 5s, and nearly three hours longer than the Galaxy S7.

The biggest reason you’d want this phone is because it’s a better size for your hand. So, in the absence of a shoe-measurement contraption for hands, how do you know the right size? After consulting ergonomists and physical therapists, I can report there is some science to it. You must weigh three factors, all of them trade-offs: What you can see, What your thumbs can reach, and What you can comfortably hold.

Some people will be drawn to the SE for its price. At $399 without a contract—$250 less than its larger sibling—the iPhone SE might appeal to parents, corporations or people on a budget who are considering their first iPhone.

Fowler says that the 4-inch iPhone SE would also appeal to people who insist on stuffing phones into tight jeans.

“I’m happy to see the iPhone SE, partly because I think that the world needs a small phone. A selection of them, truthfully. This is a mini, yet mighty, start”.

You can catch the full review here.