Ever since I laid my hands on the original first gen iPhone, I had to use various tools to activate/jailbreak/unlock my phone. It definitely requires some skills to reverse engineer and figure out ways to bypass Apple’s lockdown on the iPhone.

However this isn’t that difficult if you’re part of an elite team of “iPhone hackers” that keep upstaging Apple after every firmware update. Yesterday the Wall Street Journal published an intriguing article detailing the lives of AriX, Chronic, Geohot and the Chronic Dev Team. 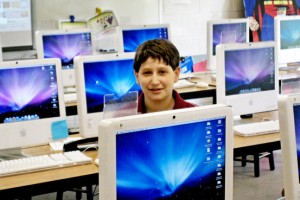 Ari [he is 15 years old!], who goes by AriX online, soon began to work with the Chronic Dev Team’s half-dozen teenagers and twentysomethings. The group communicates almost exclusively via a private online chat room, where they can talk and send files. Team members say they don’t know all the others’ real-life identities. One of them, Mr. Strafach says, lives in Austria.

Earlier this year, Ari and his team tried to hack more efficiently by working with another group — iPhone Dev Team, an invitation-only bunch in their 20s and 30s who have typically been the first to roll out iPhone hacks.

Members of the iPhone Dev Team worried about working in a large group. In part, they were concerned that if information leaked out about the security holes they were probing, others could exploit them first. Or, Apple could plug the holes. In March, the two groups stopped communicating.

…and WSJ video (it’s a Flash video, you’ll need to view it on a computer):

I always found it interesting how these two groups would get into their debates as to release jailbreaking tools early or until after firmware updates. Personally, I don’t mind waiting a bit longer to ensure that tools will work for updated firmware versions, instead of jailbreaking relentlessly time and time again.

Within the article, real names of iPhone Dev Team and Chronic Dev Team members are revealed. So if you’ve been waiting to find out more about what these guys do behind the scenes, get ready for the identity bubble to burst. I never thought that some of these guys would reveal themselves, but I guess when the Wall Street Journal comes knocking you reconsider holding back.

PS – I asked IM+ for more promo codes to give away since we had such an overwhelming response to our original IM+ with Push Contest Giveaway (winners posted here). Reply to this post and I’ll pick two more lucky winners! Must reply before midnight!

PPS – I’ve installed a new commenting system from DISQUS, which will enable a better experience for everyone replying to and responding to blog posts. You can login with your Facebook or twitter credentials, and registering a DISQUS account will ensure that nobody can pretend to be YOU (plus it keeps track of comments you made etc)! Check it out!

Uber is getting back into the robotaxi business. Not long after selling off its autonomous vehicle research division to a startup named Aurora, the transportation app is partnering with Motional. In a 10-year agreement, Uber will work with Motional to provide autonomous rides and deliveries. Based on the initial deal, Uber is utilizing Hyundai's autonomous...
Steve Vegvari
4 mins ago