Walmart Sale on iTunes Cards, iPhone 5s, iPhone 5c and iPads Until May 8

The Mother’s Day savings continue and this time they come from Walmart. The retailer’s latest flyer dated May 2 to May 8 currently has the following Apple products on sale: 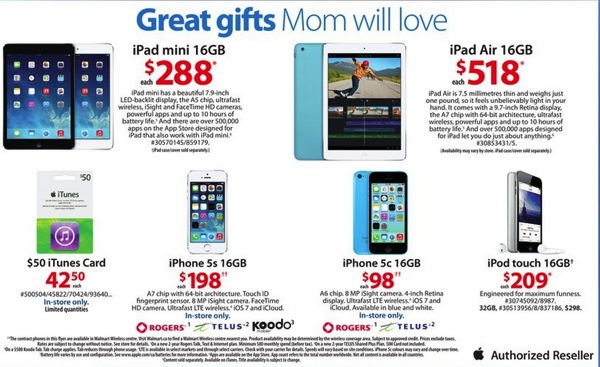 Right now, Target and Staples also have sales on the iPad, while Bell has the iPhone 5s and iPhone 5c on discount as well.