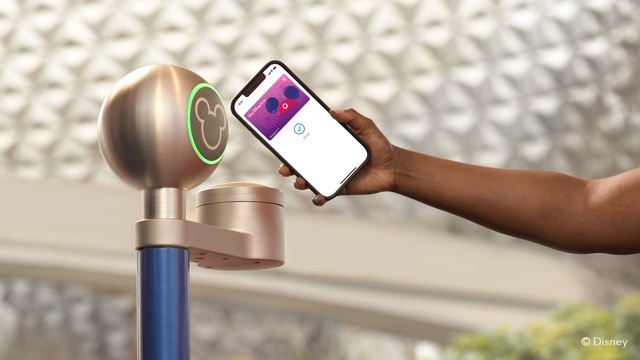 Debuting later this year, the MagicMobile service will let guests access MagicBand features like theme park entry through the power of their iPhones, Apple Watches, as well as their Android devices.

Walt Disney World Resort guests will be able to create a Disney MagicMobile pass through the My Disney Experience app and add it to their smart device’s digital wallet. Guests will have the option to choose Disney MagicMobile service or a MagicBand, whichever option works best for them during their visit.

Our existing digital room key feature will continue to be available specifically within the My Disney Experience app, which helps guests expedite their arrival by using online check-in service, going directly to their Disney Resort hotel room and using their phone to unlock their door.

Guests can also still pick up a Key to the World card at their convenience by visiting the front desk.