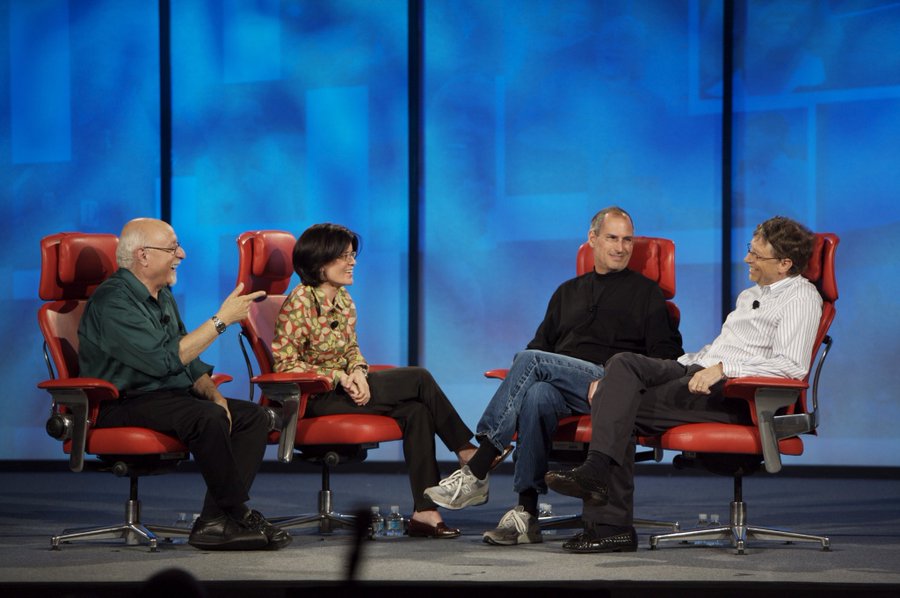 Industry tech journalist veteran Walt Mossberg (@waltmossberg) on Sunday reminisced about the only onstage interview industry giants Steve Jobs and Bill Gates ever did together. It has now been 15 years since the Apple founder and Microsoft creator were onstage together.

The interview was conducted at an All Things Digital conference back in 2007 by Mossberg and Kara Swisher.

Mossberg, a former The Wall Street Journalist columnist and ex-executive editor at The Verge, described the interview as “the highlight” of his onstage interviewing career. The veteran reporter retired back in 2017.

This week marks the 15th anniversary of the only joint onstage interview by computer pioneers and rivals Steve Jobs and ⁦@BillGates⁩. It was done at the ⁦@allthingsd⁩ conference by me and ⁦@karaswisher⁩, and was the highlight of our onstage interviewing career. pic.twitter.com/4Rw5oKf0fk

It has been over 10 years since the passing of Jobs. Since taking over from Jobs, Apple CEO Tim Cook has grown the company into a global goliath that made history as the world’s first company to break $3 trillion USD in market value. However, as we all know quite well by now, all of it started with Steve Jobs and Co. in one California garage.

Gates, on the other hand, stepped down as chairman of Microsoft’s board of directors in 2020. He has since focused on philanthropy and his climate change and global health efforts.

Both pioneers have left their marks on the world, and both are today celebrated as the progenitors of personal computing.

Jobs and Gates “reluctantly” allowed a photographer at the event to capture a formal portrait of the pair, which Mossberg shared in a follow-up tweet.

And here’s the Beatles line from their song “Two of Us” that Steve Jobs used to end the interview: “You and I have memories
longer than the road that stretches out ahead.”

Mossberg said Jobs ended the interview with a line from The Beatles’ Two of us, saying “You and I have memories longer than the road that stretches out ahead.”

What a magical moment. Here's one of mine. pic.twitter.com/OQ4kzqOEGN

Six Colors‘ Jason Snell, who was in the audience at the 2007 event, also shared his view of the interview.