Walter Isaacson: ‘Execution is What Really Matters,’ Apple is the Best 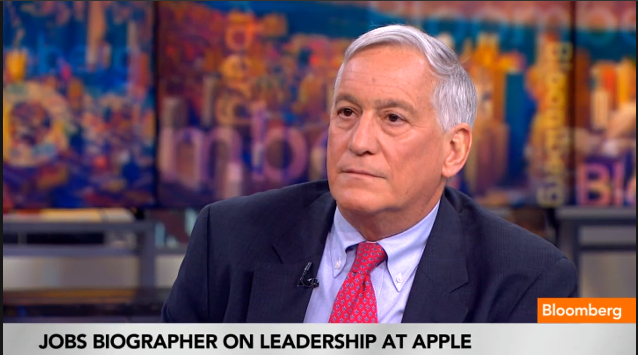 A few weeks ago Walter Isaacson, the author of the best-selling biography “Steve Jobs,” told CNBC’s Squawk Box that Google has stolen the innovation crown from Apple. He called Google’s acquisition of Nest Labs a bigger development than Apple selling iPhones on China Mobile.

On Thursday, Isaacson did an interview with Bloomberg TV, where he clarified his original statement and noted that while he still believes Google is the more innovative company, Apple is better at executing and bringing its products to the market.

I will say one thing about the comment I made about Google being the most innovative. Innovation is great, but it ain’t everything. It’s not the whole equation. Execution is what really matters. Apple is the best at execution.

Isaacson also commented about Apple’s ability to make lower cost devices, like the iPhone 5C. He believes that Apple is best at making high-end products and the company will never succeed at making lower-cost devices.

I don’t think Apple will ever be great at doing low end. It really makes insanely great products to use the phrase Steve used 30 years ago, when he launched the Mac. What I think is going to have to happen is that they’re going to have to figure out a whole new set of disruptive products.

You’ve heard Tim Cook hint about that; whether it’s television or a wearable watch, I don’t think Apple’s going to do well trying to be in the commodity low end race with Samsung and others.

Apple made their first attempt at entering the mid-range market with the introduction of the iPhone 5C in September. During its most recent earnings call Apple CEO Tim Cook said the launch of the iPhone 5C caused some inventory problems for the company, as it underestimated the demand for the iPhone 5S.

Isaacson suggests that Apple is rumoured to be working on several products that will be “disruptive” to the market. The company is said to be releasing an all new version of the Apple TV with major changes in gaming, possibly allowing users to use their iPhones and iPads as controllers to enhance the gaming experience. Furthermore, Apple is said to be working on an iWatch with personal health and fitness capabilities.