How to Watch The 2015 Masters Tournament Live on iPhone

Today marks the opening round of the 2015 Masters tournament and if you’re looking to watch live golf on your iPhone or iOS device, there are apps that will allow you to do so.

TSN subscribers can watch live streaming coverage via TSN GO for iOS, TSN Golf for iOS and Global GO for iOS. Both TSN apps do not require a cable subscription login to access live streams, but Global GO does. 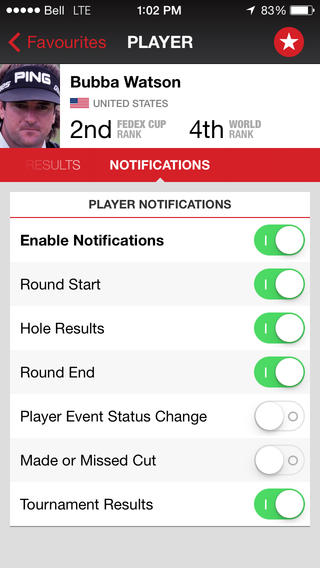 TSN and Global will offer the following coverage:

TSN GO and TSN Golf will offer the following streams:

You can also check out coverage via the PGA Tour Mobile app, which offers live streaming as well. With Tiger Woods back in the tournament, expect ratings to increase for this year’s tournament.

Let us know which app is your favourite to watch live coverage!

[caption id="attachment_389903" align="aligncenter" width="1146"] Image: Uber[/caption] Uber today announced the launch of UberX Share in Toronto, Vancouver, and Montreal, bringing shared rides back to these cities after UberPool was discontinued in 2020 due to the COVID-19 pandemic. "Shared rides have long been a rider favourite, from the spontaneous singalongs to meeting new friends and other...
Nehal Malik
22 mins ago