For those unaware, free movies are available on your iPhone by visiting www.YouTube.com/movies. The page isn’t optimized for the iPhone, but once you play any movie it’ll go full screen and work fine.

Today Google announced on their YouTube blog that movie rentals will be available to the US–but not Canada. The existing site does have a variety of independent films and older classics, so it’s worth checking out. Don’t expect big blockbusters but some of the titles look like they are straight from the ‘Walmart DVD bin’. They are free, and definitely would help pass the time if you’re bored.

Here’s are some ‘new releases’ on the Canadian version of the site: 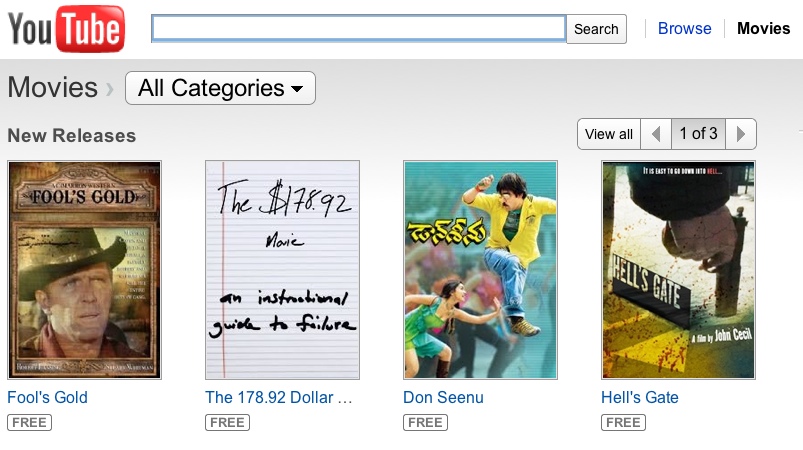 …and here’s a premium movie US viewers can rent: 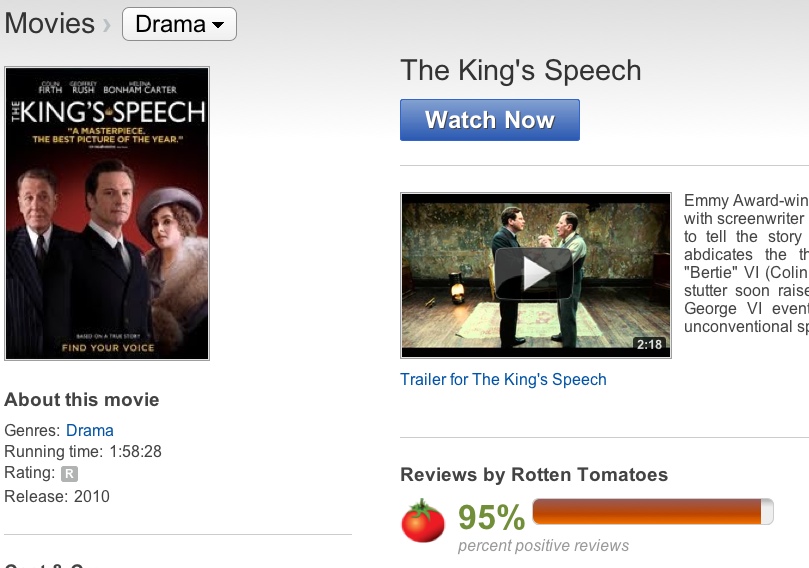 This is what US viewers will see...premium titles available for rent

Looks like Netflix has a new rival in town. With cloud streaming of movies gaining in popularity, your DVD library could soon be a thing of the past.