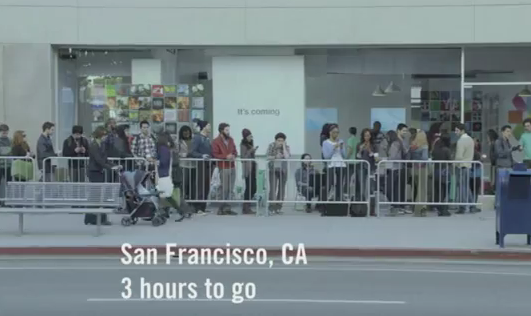 We have previously seen Samsung’s ads mocking Apple users waiting in line for the iPhone. The South Korean giant has now released a teaser trailer leading up to their upcoming Super Bowl ad this Sunday. The video showcases the upcoming and monstrous-sized Galaxy Note.

“Is that a Galaxy Note in your pocket or are you just happy to see me?”