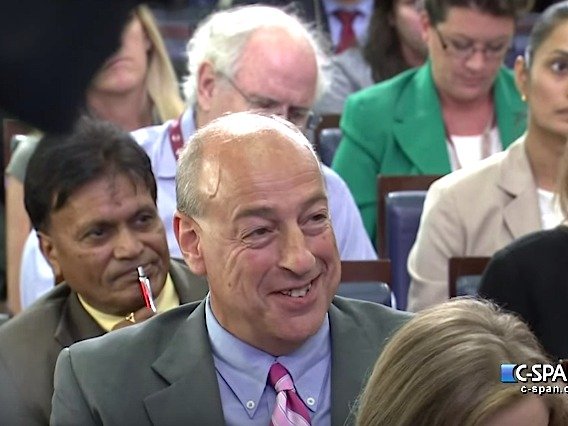 At a recent press briefing at the White House, Siri decided to interrupt a journalist’s question on President Obama’s policy on Iran, while managing to provide a perfectly timed “contextual response”, BusinessInsider reports. Just when a journalist was wrapping up his question, talking about inability to have Congress sign an agreement, Siri chimed in with the familiar “ding ding” sound, and said, “I’m sorry, I’m not sure what you want me to change”.

To the journalist’s credit, he continued his question after the laughter had subsided, but Siri had already stolen the show.

From the look on press secretary Josh Earnest’s face, Siri wasn’t providing an official answer to the question, but he may have been glad of the interjection, if only to give him a few extra moments to formulate a proper response.

Watch Siri make a play in the world of politics for the first time ever in the following video. It’s hilarious!