How to Watch Today’s Nintendo Direct and What to Expect 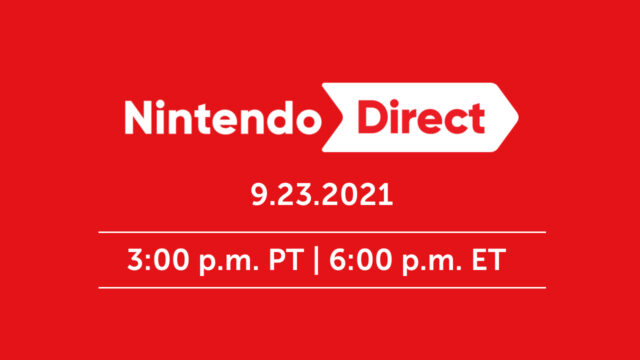 Nintendo is hosting another exciting Direct later today. The company is promising 40 minutes of announcements and updates for upcoming titles for Nintendo Switch. Here’s how you can tune in and what you can expect.

Announced yesterday, a brand new Nintendo Direct will be livestreamed this evening. Nintendo has promised that it will concentrate on “ Nintendo Switch games launching this winter”. Following its presence at E3 2021, this Nintendo Direct will likely outline the biggest titles players can expect to play this fall, leading into the holidays.

With the new Switch (OLED Model) releasing on October 8, it’s safe to say that Nintendo will be prioritizing an effort to spotlight it during the Direct. Alongside the Switch (OLED Model), the long-awaited title Metroid Dread launches on the same date. We’ll likely see another look at gameplay and features ahead of its release.

With that said, there’s still an entire fall season to pad out with other titles. We do know that the Switch will be supported with third-party titles like Super Monkey Ball Banana Mania, and Marvel’s Guardians of the Galaxy. But, we can expect to see Nintendo’s first-party lineup on centre stage. Mario Party Superstars, which releases October 29 will likely receive a deep dive. Pokémon Brilliant Diamond and Shining Pearl may also appear as they will release on November 19. Advance Wars 1+2: ReBoot Camp is also a safe bet to be featured.

However, with 40 minutes promised, Nintendo will likely come with a few surprises. It’s been rumoured that Xenoblade Chronicles 3 is in development and could see a reveal during today’s Direct. Additionally, all eyes are on whether Nintendo will take this opportunity to reveal the final Super Smash Bros. Ultimate fighter, closing out the Fighter Pass Vol. 2. Though its always safe to check your expectations. The Legend of Zelda: Breath of the Wild 2 and Metroid Prime 4 probably won’t be featured.

We’ll know soon enough. the Nintendo Direct kicks off at 6 PM ET/ 3 PM PT. You can tune in via Nintendo’s YouTube channel or on Twitch.