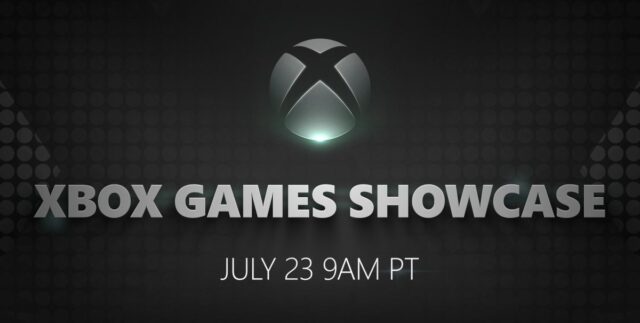 Microsoft will be holding its ‘Xbox Games Showcase’ on July 23rd. This event will be the second virtual event showcasing upcoming titles for the Xbox Series X console. To get you prepared, we’ll go over where you can find the livestream and what to expect from the show.

Unlike Microsoft’s previous event, which was held in May and focused solely on third-party titles, the Xbox Games Showcase will have a deeper focus on first-party developments. The premier title Microsoft will be focusing on is none other than Halo Infinite. Halo is an important franchise for the Xbox brand. To be able to have a new Halo title launch in the same window as the Xbox Series X, this is a big opportunity for Microsoft. Leading into the Xbox Games Showcase, Microsoft has confirmed that Halo’s campaign will be revealed during the show.

Join us for the @Halo Infinite campaign reveal and more during the #XboxGamesShowcase on July 23 at 9am PT/ 12pm ET.

However, Halo won’t be the only game featured during the showcase. Aaron Greenberg, GM for Xbox’s Games Marketing, recently confirmed that the show will be “A whole show about hour long focused on games”. Setting expectations and not letting rumours run amok, he said “No business, devices or similar news, just games”. So while we won’t be seeing a release date for Xbox Series X or price, we’ll have a better understanding of the games launching on the new console.

I know everyone is excited for Xbox Games Showcase next Thursday. Seen some wild expectations so if helpful this show has one focus, games. No business, devices or similar news, just games. A whole show about hour long focused on games. Hope you enjoy it! https://t.co/eIPBsJtLbJ

Other possible features included in the Xbox Games Showcase likely include Ninja Theory’s Senua’s Saga: Hellblade II, Double Fine’s Psychonauts 2, and Rare’s Everwild. There’s also a possibility we may see Turn 10 Studios show up with Forza Motorsport 8. If we’re lucky, perhaps even a new Fable will be announced.

The Xbox Games Showcase showcase will begin at 12 PM ET/ 9 AM PT. You can watch the livestream on Xbox’s official channels:

In partnership with Summer Game Fest, a one-hour preshow will be hosted by Geoff Keighley at 11 AM ET/ 8 AM PT on YouTube.