The Waze app has been updated to include support for CarPlay Dashboard. 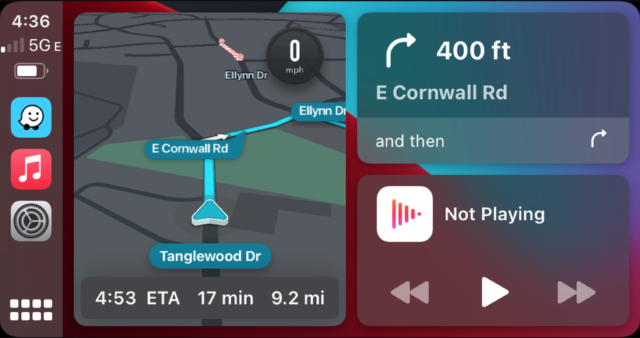 A new report from MacRumors explains that Waze has released a new update for its Apple iOS app, which adds support for the split-view CarPlay Dashboard mode. This feature was previously offered in the beta version of the Waze app, but has since been made available as part of the stable version 4.69.

The addition of the features means that users no longer have to leave the Waze app — and their turn-by-turn navigation — to see other data such as the currently playing song and more. It’s a huge quality of life improvement and arguably a safety one, too.

CarPlay Dashboard, introduced in iOS 13, was designed to allow customers to use navigation and audio controls in a split-screen view rather than switch between screens. Originally limited to Apple’s own Maps, Dashboard was updated in iOS 13.4 to support third-party apps.

After updating Waze for iPhone to the most recent version, simply launch the app on Carplay and go to the Dashboard and it will show up automatically.