Citing a tipster beta testing the upcoming new feature, The Verge is reporting that support for Apple CarPlay’s new Split View dashboard is coming soon to Waze. So far, CarPlay’s multiscreen dashboard feature, which debuted last year with iOS 13, has been limited to work with Apple Maps only. 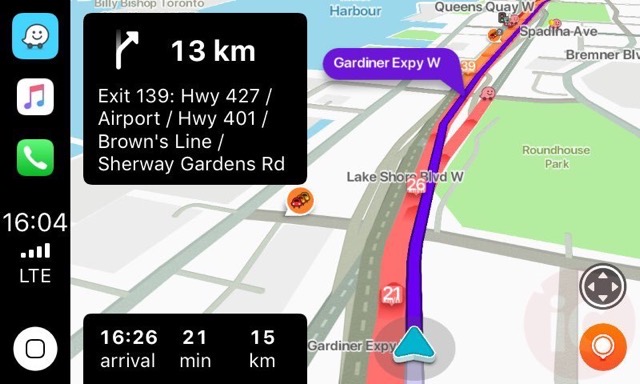 Instead of having to switch different screens to see a track name while getting directions to a destination, Waze users will be able to see a map, what’s currently playing on the car’s stereo, and the next piece of guidance to their destination once the Split View support officially rolls out.

The beta also features the first support for lane guidance in Waze for iOS, recommending what lane you should be in when you’re entering or exiting a freeway.

A spokesperson for Waze wouldn’t confirm the beta testing, so we’re not sure when the navigation company plans to officially announce the rollout. “We actually don’t have anything to share right now. Will be sure to keep you posted if/when we do,” the spokesperson said in an email.

The ability to use Waze in CarPlay’s new split-screen dashboard is being dubbed by the publication as “really smooth” and a “game-changer.”