Waze has just rolled out its exclusive holiday theme in time for the festive season, allowing drivers to select Santa’s voice to guide them, show their spirit with the Santa Mood, and switch their car to Santa’s sleigh on their Waze map. 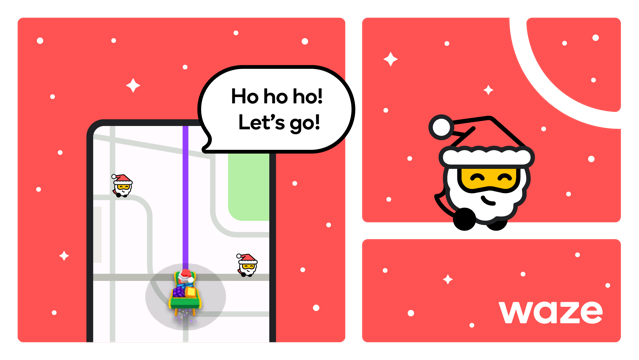 From today until December 31, 2020, drivers can activate all or part of the Waze holiday theme for some extra holiday magic. It even lets drivers switch their car to Santa’s sleigh to let Rudolph and friends guide them to their destination.

“We wanted to bring the joy of the holidays to our users on the road – and a way to be with Santa safely and responsibly. We hope this gets those traveling in December into the festive spirit, and that our users enjoy safe and happy holidays both on and off the road.”

The Waze holiday theme will be available in English throughout the US, Canada and UK. To access the theme, visit this link.