Waze has announced the global rollout of railroad crossing alerts, now available for iOS and Android users in Canada and beyond.

The Google-owned company says they are seeing many users return to the roads following the COVID-19 lockdowns and this new feature will make it safer by “highlighting the potential risks associated with driving over railroad crossings.”

Waze says railroad crossing alerts were added based on recommendations from the U.S. Senate and US National Highway Traffic Safety Administration (NHTSA) to app-based platforms, part of an effort to lower the numbers of fatalities involving drivers at railroad crossings.

According to Waze, the company used the publicly available database of US railroad crossings from the US Federal Railroad Administration, while the feature was also supported by major rail networks including Operation Lifesaver Canada, the Railway Association of Canada and CN in Canada.

“The Railroad Crossing feature is a result of a cross-industry, cross-sector collaboration, both internally within Waze and the community, working together to help fellow drivers map out all highway-railroad intersections,” said Dani Simons, Head of Public Sector Partnerships, Waze, in an emailed statement to iPhone in Canada. “This feature exemplifies Waze’s commitment to building for its Driving app, being the first to implement features and emphasizes our focus on safety.”

When drivers approach a railroad crossing, they’ll see a banner appear within Waze highlighting the crossing and to proceed with caution, as seen in the image provided by the company: 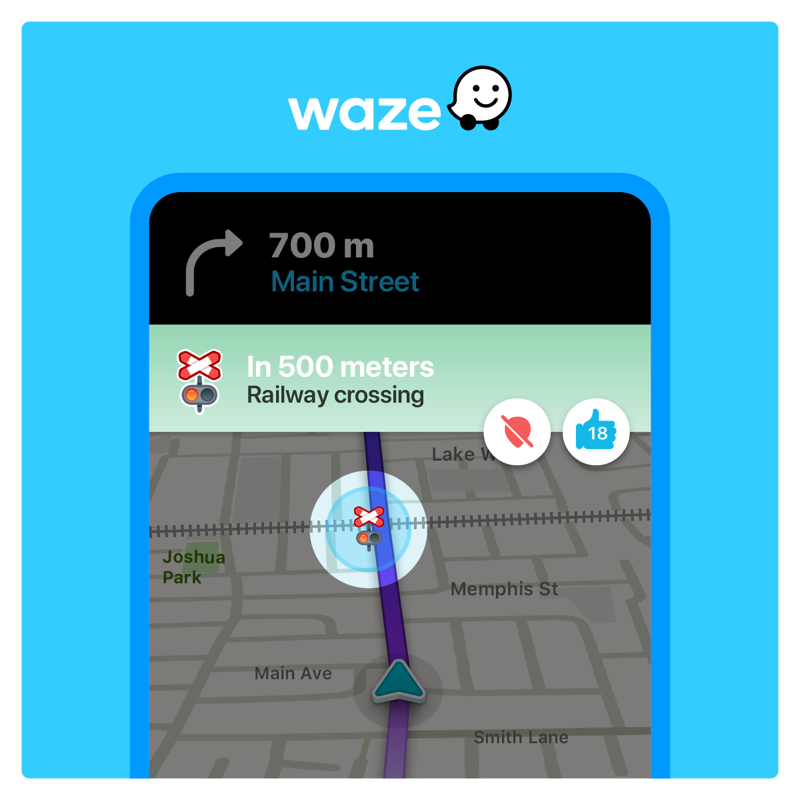