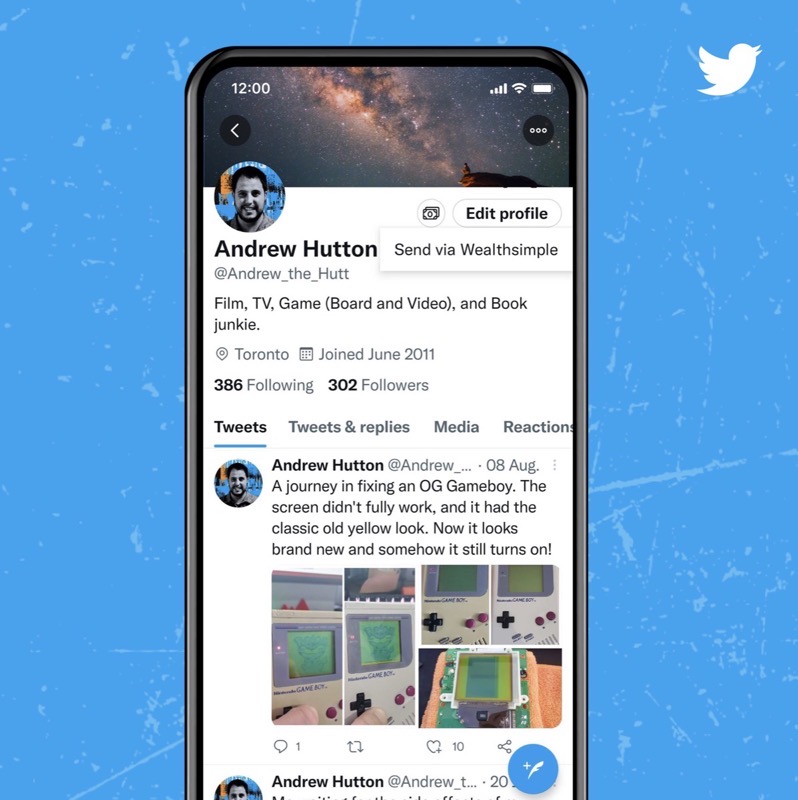 In May of this year, Twitter launched its Tip Jar feature in beta, a service that lets creators receive tips from followers.

“This means creators, artists and others with a Wealthsimple Cash account will now be able to receive payments directly on Twitter via the Tip Jar feature. Available now to people on Twitter who have the Tip Jar feature enabled,” said a Twitter spokesperson in a statement to iPhone in Canada.

Wealthsimple Cash is from Toronto-based Wealthsimple, and the app allows anyone to send and receive money for free, with zero fees on deposits and withdrawals. Users just create their own unique “$ign” (it’s your nickname in the app essentially) and can send money instantly, in a service similar to Venmo in the United States.

Click here to download Wealthsimple Cash for iOS and Android. Enter code 7OR05N and get $25 free when signing up.

While the Tip Jar feature is currently only available in beta to select users, it should roll out to more users soon. The Tip Jar feature integrates directly into the Twitter iOS and Android app, showing an icon on a user’s profile (it will read, “Send via Wealthsimple”), making it easy for followers to support creators.