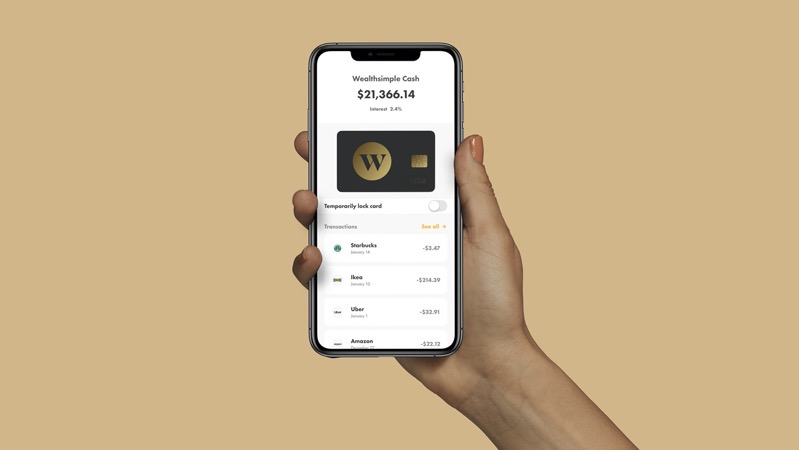 Wealthsimple Cash has launched today, the company’s first spending account for Canadians offering a 2.4 interest rate (non-promotional), no fees and also support for Apple Pay and Google Pay. This is the latest offering from Toronto-based Wealthsimple.

The saving and spending account looks to rival a traditional bank account from major banks. There will be no monthly fees, no foreign exchange fees worldwide (coming soon), ATM reimbursements at Visa ATMs in Canada, an included tungsten metal card, direct deposit support and bill pay. Account management and the ability to lock your card if it’s lost or stolen is available via the Wealthsimple iOS and Android apps.

“Canadians are used to the status quo when it comes to everyday banking – multiple accounts, high fees and low interest,” said Michael Katchen, CEO and co-founder, Wealthsimple, in a statement. “With Wealthsimple Cash, users can enjoy the power of a high interest savings account for all of their day-to-day spending needs. And they can do so while enjoying the full benefits of a Wealthsimple account: simple, affordable and transparent.”

Wealthsimple Cash accounts can be opened with no minimum deposits and is a Visa Prepaid Card issued by Peoples Trust Company and accounts are Canadian Investor Protection Fund (CIPF) protected. It’s similar to what we’ve seen from other prepaid cards like Koho’s Visa prepaid and Stack’s prepaid Mastercard.

More features are coming in the next few months and those who sign up early can get in line first to try upcoming features.

You can click here to sign up for Wealthsimple Cash. The new service replaces Wealthsimple Save (those customers will automatically be upgraded to 2.4% interest rates).

Disclosure: this post contains affiliate links that allow readers to support iPhone in Canada and help keep the lights on.