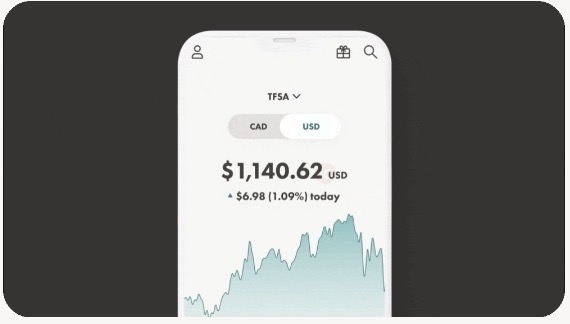 Back in December, Toronto-based Wealthsimple announced a new Plus subscription, offering U.S. dollar trading accounts for the first time.

As of Tuesday, Wealthsimple has started to roll out the Plus plan to those early customers that put their names on the waitlist.

Wealthsimple Plus offers USD accounts, no FX fees on trades, unlimited price-change alerts, snap quotes for real-time, on-demand prices and instant deposits up to $5,000. The subscription costs $10 CAD per month.

To claim your Wealthsimple Plus invite, the company says to make sure you have the latest version of its mobile app and then tap the “More” tab, then tap “Subscription” to sign up.

Wealthsimple originally said it would launch Plus in January 2022, but the rollout was pushed into mid-February.

Click here to sign up for Wealthsimple Trade and get two free stock rewards when you join.