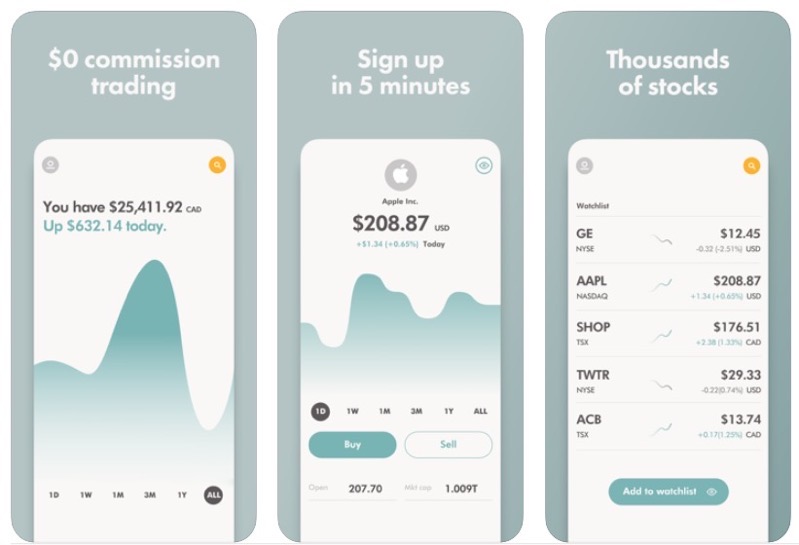 Wealthsimple Trade for iOS has been updated to support two-factor authentication, to further secure user accounts.

The Wealthsimple Trade app is a $0 commission stock trading app to buy and sell stocks and ETFs, with no minimums required in your account to get started.

The update released yesterday for iPhone now allows two-factor authentication, which means when you sign in, you’ll need both your password and a second verification code, either accessible via SMS or an app authenticator.

“Now you can add an extra layer of security to your account with two-factor authentication. Plus, we’ve rolled out some graph improvements to make it easier to measure the performance of your holdings,” explains Wealthsimple.

For those who haven’t enabled two-factor, you can do so by going to Settings > two-step verification to turn it on inside the Wealthsimple Trade app.

Earlier this year, Wealthsimple Trade for iOS gained support for dark mode, while a new cryptocurrency service is coming soon.

Disclosure: Wealthsimple is an affiliate partner with iPhone in Canada to allow readers to help support the site and keep the lights on.