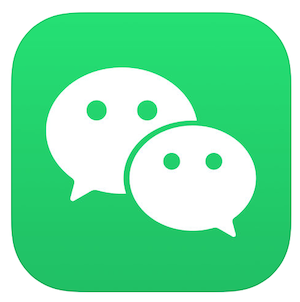 Chinese messaging app WeChat, which has received its biggest redesign since 2014, has become the latest app to introduce a Snapchat-like stories feature, TechCrunch is reporting.

With over 1 billion monthly active users around the globe, the app is now looking to compete with rival apps like TikTok and Jinri Toutiao.

The new off-the-cuff video feature, aptly named “Time Capsule,” is one of WeChat’s more noticeable updates. In the past, users shared videos to three main destinations: A friend, a group chat or Moments. This route remains unchanged, but with Time Capsule, users also can upload videos of up to 15 seconds that disappear after 24 hours, similar to how Snap Stories and its slew of clones, including Instagram Stories, work.

Time Capsule is also a major improvement from the old video sharing tool, with additional features such as locations and music, functions that are commonly found in other short-form video apps. WeChat users also can react to Time Capsule videos by blowing virtual “bubbles” whereas the old video format doesn’t allow such interaction.

The revamped WeChat also lets people see all the articles their friends have liked under one single stream called “Wow”. You can grab the free update and learn more using the following App Store link.