Weird: The Al Yankovic Story Now Available to Stream on The Roku Channel in Canada 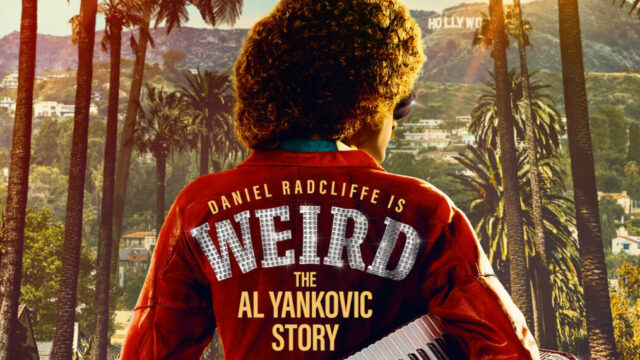 Daniel Radcliffe is making his debut as music icon Weird Al in Weird: The Al Yankovic Story. The biographical parody film is now available on The Roku Channel in available regions, including Canada.

The film positions itself to tell the “true” story of Alfred Matthew Yankovic, widely known as Weird Al. The singer has had a prolific career in music, often parodying popular songs. Weird: The Al Yankovic Story covers Yankovic’s discovery by radio broadcaster Barret Eugene Hansen, aka Dr. Demento. The film also covers Yankovic’s discovery of the accordion, his relationship with Madonna, and his ultimate rise to fame.

The film first premiered during the Toronto Film Festival earlier this year and was praised by critics. Currently, the film is sitting at 90 percent on Rotten Tomatoes with 61 critics’ reviews. Weird: The Al Yankovic Story also has a 90 Audience Score with fewer than 50 Ratings.

Radcliffe stars in the film as Yankovic. The actor is no stranger to taking weird roles (pun intended). Following his long stint playing Harry Potter, Radcliffe starred in Swiss Army Man as a farting dead corpse. He’s also been in films such as Horns, Guns Akimbo, and many more. Joining Radcliffe in Weird: The Al Yankovic Story is Rainn Wilson who plays Dr. Demento. Evan Rachel Wood is cast as Madonna. The film also includes appearances from Will Forte, Patton Oswalt, Jorma Taccone, Akiva Schaffer, and Weird Al himself.

Geekbench scores allegedly belonging to Apple's upcoming "M2 Max" chip were recently spotted and shared online by known Apple tipster ShrimpAppePro (@VNchocoTaco), giving us a hint at the kind of performance we can expect from the next iteration of Apple Silicon (via MacRumors). Apple is expected to release a pair of higher-end M2 chips in...
Nehal Malik
36 mins ago