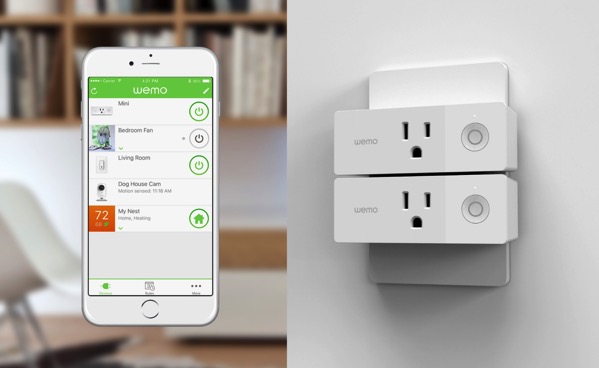 The Wemo Mini smart plug lest you control your everyday household devices from your phone or through voice commands. At half the size of the previous Wemo Switch, Mini’s streamlined, stackable design maintains all of the same features as the original, but is specifically designed to stack on top of each other, allowing for two smart plugs in a single outlet. It is also fully compatible with Amazon Echo and Google Home, as well as with IFTTT and the Nest Learning Thermostat. 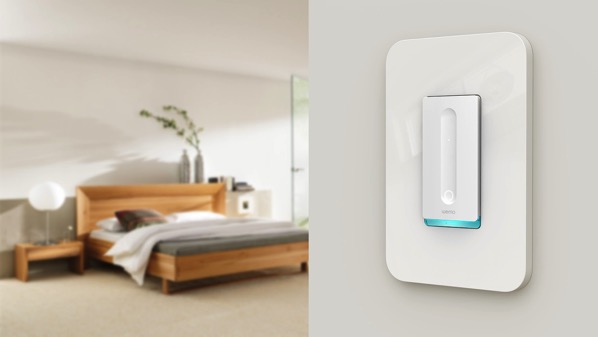 The next generation Wemo Dimmer promises to bring real intelligence to lighting, with the help of advanced features such as Night Mode to prevent harsh lights at night and a customized bulb calibration. Wemo Dimmer uses the Wemo app to custom calibrate any bulb type including incandescents, CFLs or LEDs. In addition, Dimmer’s Night Mode feature enables users to set a specific level of brightness during a set period of time. The Dimmer also works with Amazon Echo and Google Home, IFTTT and Nest Thermostat.

Wemo Mini will be available in stores later this month for US $34.99, while the Wemo Dimmer will go on sale in spring this year.

As for HomeKit support, don’t count on it from Wemo for now. Here’s Belkin’s explanation from last spring on the matter:

Right now the only way to make WEMO work with HomeKit is to build a completely separate line of products and we don’t think that makes sense for the overall WEMO ecosystem.  HomeKit integration requires a specific hardware component and cannot be accomplished with a software or firmware update to existing devices.  Though we have tried to find a work around solution, thus far nothing has fallen within Apple’s HomeKit guidelines.  All of this means that no current WEMO device will ever be able to work with HomeKit unless Apple changes its rules.  If we were to build new hardware, current users would have to purchase all new WEMOs to get HomeKit compatibility.