For those living in Edmonton, your Apple Store at the West Edmonton Mall has just had their expansion plans approved, which will increase retail space by 4,230 square feet, with construction to begin soon, according to ifoAppleStore. Total square footage will reach 6,930, and expansion will move directly into the adjacent retail space, formerly occupied by the Disney Store, which previously rumoured to make way for the move (the store moved last September).

Construction is set to being anytime and the permit values the project at almost $300,000 US, but no timeline is mentioned. However, previously construction schedules would hint a possible completion of all upgrades by October 2012. You can check out the building permit notice here. 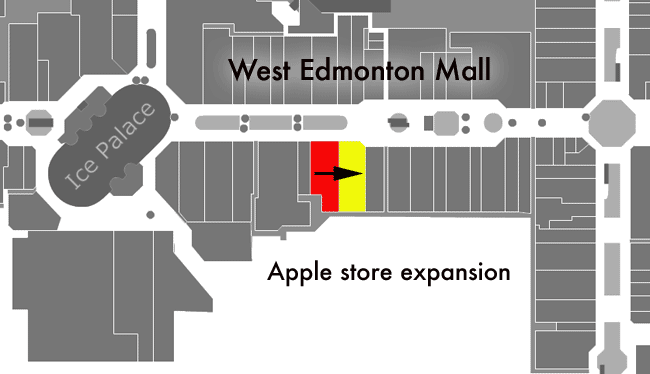 Edmonton was recently the scene of our new iPad Apple Store line up live blog. You can check out the extensive and complete coverage by Kris Meador over here.