What is Antid0te? An ASLR Tool for Jailbroken iPhones 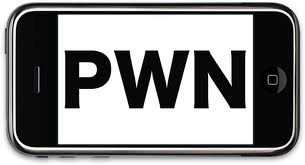 Some new information has emerged from the official antid0te.com website. antid0te will not be a new jailbreak tool, but will used with already jailbroken iPhones, and slated for a December 24th release.

Below is a snippet of the FAQ:

When will it be released?

Media wrongly reported an antid0te release date of 14th December. However this date was never announced from my side. Antid0te will be released once it is ready which should be around 24th of December.

Is is a new jailbreak?

Media wrongly reported that antid0te is a new jailbreak. However this is wrong. Antid0te will be a tool that you can use together with the pwnagetool, redsn0w and maybe greenpois0n jailbreaks.

Will you burn another exploit?

No! Antid0te will be a tool used with already jailbroken iPhones. So there is no additional exploit used.

What devices and firmware is antid0te compatible to?

To read the rest of the FAQ here. Want to learn more? Check out the slides from Sefan Esser’s talk yesterday at the Power of Security Conference in Seoul.