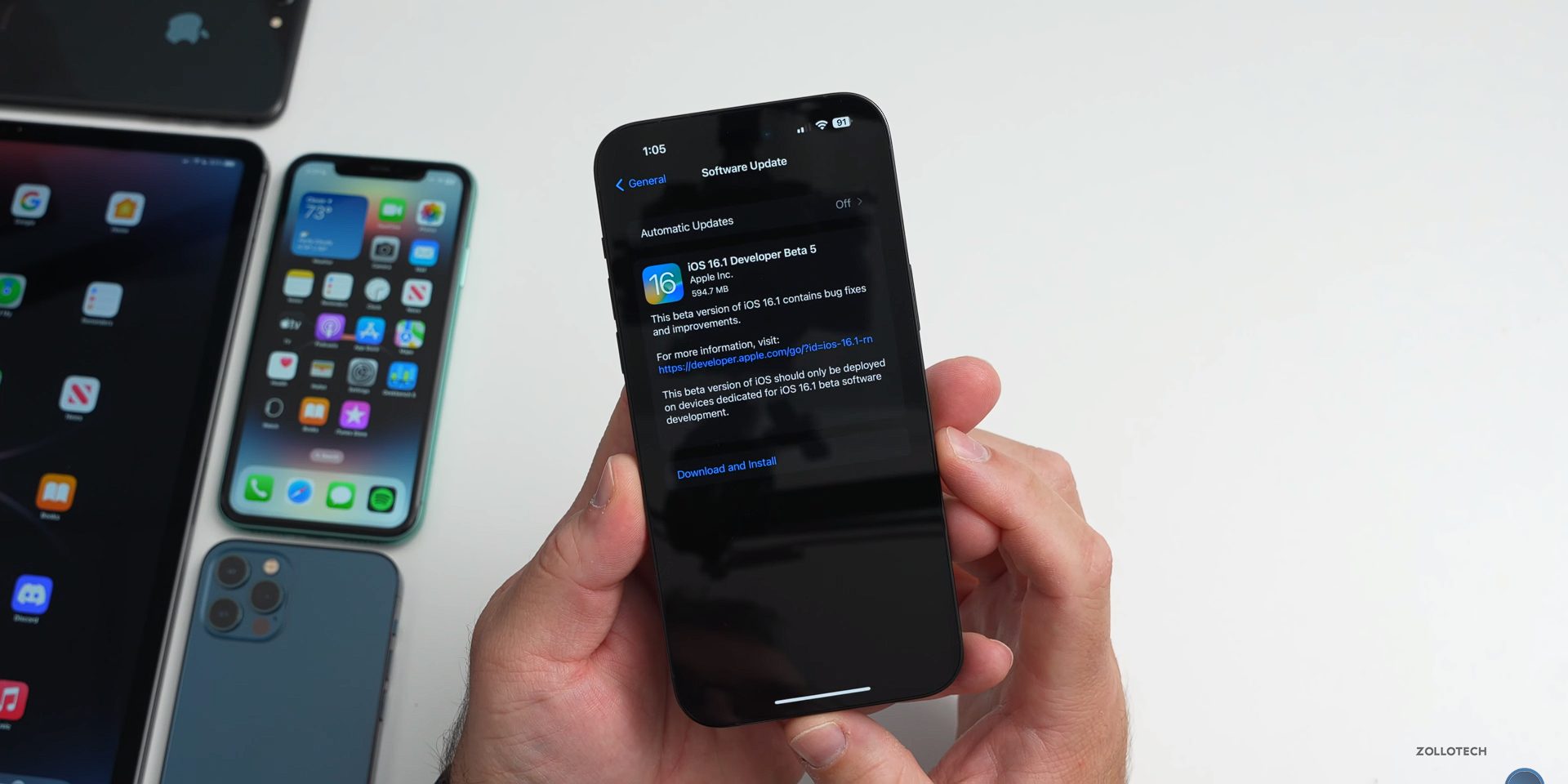 Apple on Tuesday started rolling out iOS 16.1 beta 5 for developers, with a public release of the build expected soon.

YouTuber zollotech rounded up all of beta 5’s changes in a recent video. iOS 16.1 beta 5 comes with a modem update that might serve as a remedy for cellular connectivity issues testers had been complaining of on beta 4, but there aren’t very many other changes. The only notable ones include:

There are also some wording changes in the Health and Fitness apps, but that’s about it. The update focuses more on refining existing features than introducing new ones. It does, however, come chock-full of fixes for issues related to Matter devices.

iOS 16.1 beta 5 also fixes a known issue that prevented VPNs, especially third-party ones, from working. Some animations were also improved to appear smoother, including those in the Music app.

Some users were reporting display flickering issues on previous builds, but unfortunately, there’s no news on whether or not beta 5 fixes that.

The YouTuber noted some stuttering around the UI as elements loaded, even though they had been loaded before. That said, some bugs and instability are to be expected with a beta build.

You can check out zollotech‘s full video below:

Alongside iOS 16.1 beta 5, Apple also released iPadOS 16 beta 12, macOS 13 beta 11, and tvOS 16.1 beta 5. In addition, a new beta firmware for AirPods is out now as well, which may fix an issue where the new AirPods Pro 2 would show a battery replacement alert.

Apple is also expected to release the previously-delayed iPadOS 16 later this month.