What the 3G iPhone Announcement Will Be Like…Sorta

The 3G iPhone rumor mill just never stops. It’s like there’s a monkey pedalling the bike that keeps the stories coming! Let’s take a look at what has come up in the past couple of days:

– 9to5 reports that there might be possible 3G iPhone delays linked to hardware shortages
– AppleInsider revealed a possible leaked image of the 3G iPhone via a certain case manufacturer’s iPhone case mold: 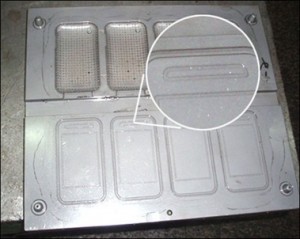 In other news, we have a leaked video of Steve Jobs announcing the new 3G iPhone…err…sorta. Check out the following video and be prepared to cringe–enjoy!

As the volume of trips to and from post-secondary campuses across Canada is doubling, Uber is sharing some back-to-school trends highlighting how students are relying on ridesharing to get around on and off campus. "Now that classes are back in full swing, it’s a great time to remind students how to use Uber app features...
Usman Qureshi
25 mins ago

Apple, Google, Amazon, Meta, and Microsoft have all joined the University of Illinois (UIUC)'s Speech Accessibility Project to improve voice recognition algorithms for users with disabilities that affect speech and those with diverse speech patterns — reports Engadget. The tech giants are also joined by nonprofits like The Davis Phinney Foundation and Team Gleason in...
Nehal Malik
59 mins ago