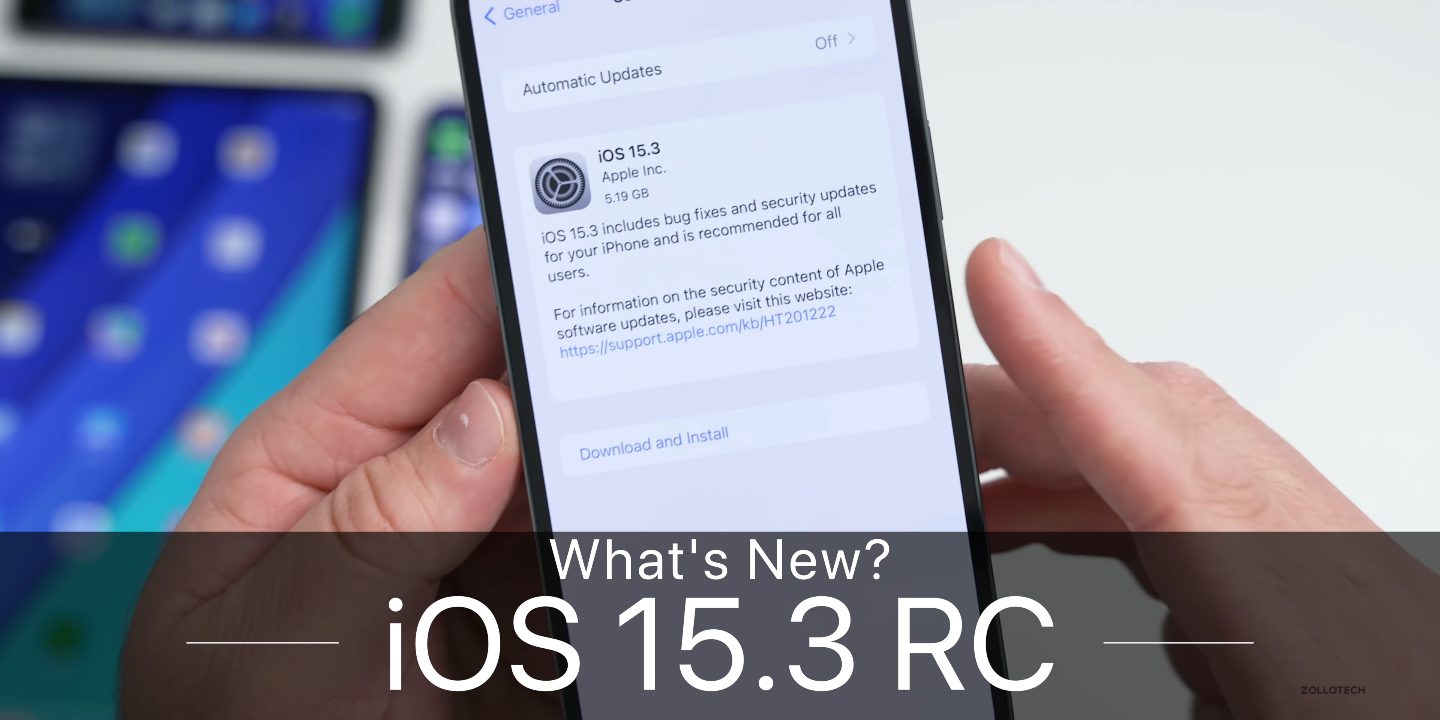 A Release Candidate build is the final version of an update that is all but ready for public release — unless Apple finds a problem that needs to be fixed. If an issue is found, Apple rolls out another RC build (like it did with iOS 15.2 last month) to remedy it.

The release notes for iOS 15.3 RC have not really been populated, and simply say the update “includes bug fixes and security updates.” Take a look at some of the most important things zollotech found to be new in the update:

An IndexedDB vulnerability in Safari that can leak users’ browsing activity to visited websites has also presumably been patched in iOS 15.3 RC. The YouTuber theorized that a fix for this issue, which Apple engineers were already hard at work on, could be the reason why iOS 15.3 is being released this early and focuses mainly on security updates instead of new features.

The update also fixed a bug for zollotech that displays incorrect storage and has been plaguing iPhones since Apple started rolling out iOS 15, but there have been reports from users who continue to experience it.

Battery life on iOS 15.3 appears to be more stable by consensus as compared to older iOS versions, and performance is notably smoother as well. Benchmarks tell a similar story, with numbers improving over those from iOS 15.3 beta builds.