Today, Apple released the fifth beta of iOS 9, and as with the previous betas there are a few new bundles and tweaks included in the release. The company debuted several new wallpapers, tweaked the iPhone Keyboard and Siri Suggestions.

Today’s update brings a wide selection of new wallpapers, including close ups of feathers, flowers, plants and more. In addition many of the older wallpapers have been removed, so if you have a favourite stock wallpaper you should save it before you update to iOS 9 this fall. 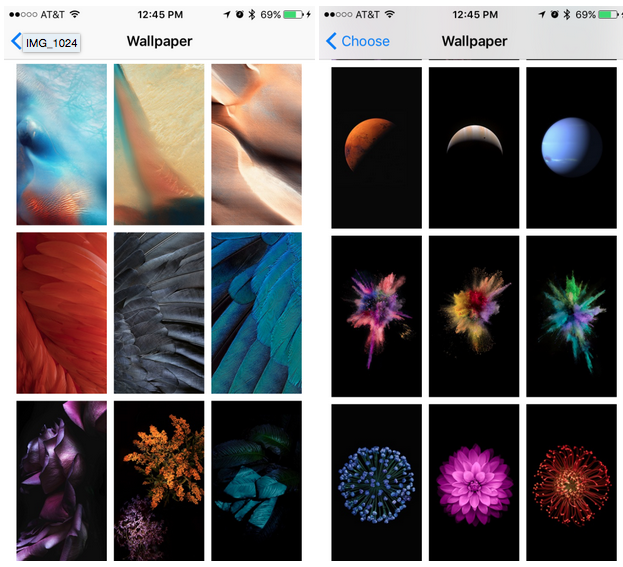 The latest beta also includes a new cellular setting called Wi-Fi Assist. Turning on the feature allows the phone to automatically switch to a cellular connection if you have a weak Wi-Fi connection. Even though this feature allows you to keep the strongest internet connection possible at all times, it could cause users to burn through a lot more of their cellular data.

In Apple Music, there is a new “Shuffle All” option at the top of My Music when you are in Song, Album, or Genre view.

On the iPhone, the keyboard has been tweaked and simplified with new shift and backspace keys. 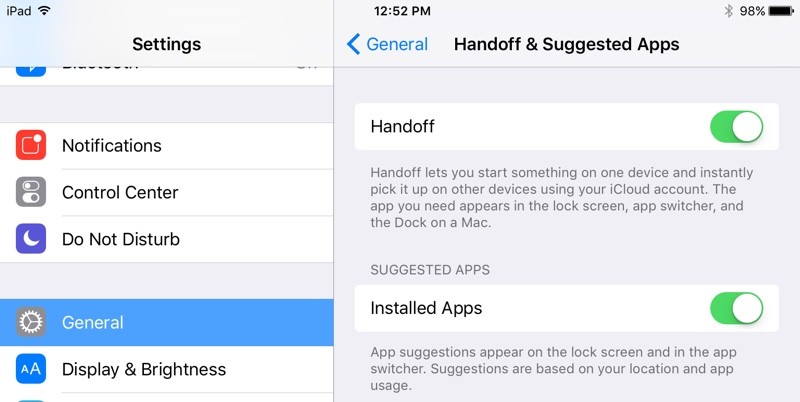 The Siri Suggestions interface has been tweaked slightly, removing the labels for calling and messaging a contact. Tapping a contact will only display the icon for the action, without the label. All of the icons are distinct, so it won’t be hard to differentiate between a call, message, or FaceTime video call.

The CarPlay interface has been updated, changing the way that the images are displayed behind the music controls. The beta also adds the ability to heart songs that are played through Beats 1 radio or Apple Music.

In the Settings app, the section where you can create keyboard shortcuts has been renamed to “Text Replacements.”

The Wi-Fi icon now has a new animation when you turn off Wi-Fi. Instead of the bars disappearing one-by-one, the Wi-Fi symbol now fades to grey before disappearing.

The fifth beta of iOS 9 adds a Wi-Fi calling option for AT&T customers in the United States. However, attempting to turn on the option results in a message saying that Wi-Fi calling is not yet available.

EverythingApplePro on YouTube has released a new video showcasing all of the above features. The video is shown below:

Several bugs have been fixed in the release of iOS 9 beta 5, and features like News and Siri Suggestions are working more smoothly. With approximately one month and a half left until the release of iOS 9, the operating system is feeling faster, more polished, and more full featured.