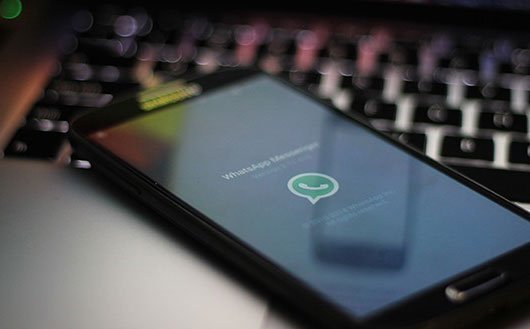 Popular messaging app WhatsApp is finally getting support for animated GIFs, something almost every other messaging app out already supports. According to @WABetaInfo, which tracks changes to WhatsApp beta updates (via iCulture), the upcoming WhatsApps update that takes the app to version 2.16.7.1, will autoplay GIF links and embed them directly into your conversations, TheNextWeb reports.

“That’s a far cry from the full-fledged GIF search in apps like Messenger or Wire, but at least it means you won’t have to open up a browser just to see what your friend is sending you. Interestingly the changelog also notes app will be able to save GIFs “as a simple image.” That’s a little odd given the reason for sharing a GIF is the animation, but perhaps it’s a space-saving thing”.

The new beta version also features enhancements for video calls, as well as a revamped info and contact screen as seen below:

We’ll update you when the app gets the public update with GIF support and other enhancements so, stay tuned.

Apple on Monday evening announced the best apps of the year, as part of its annual App Store Awards for 2022. These awards highlight 16 apps and games that “inspired users to engage more deeply with the world, expand their imaginations, and stay connected to friends and loved ones.” Winners were chosen by Apple’s global […]
Gary Ng
26 mins ago